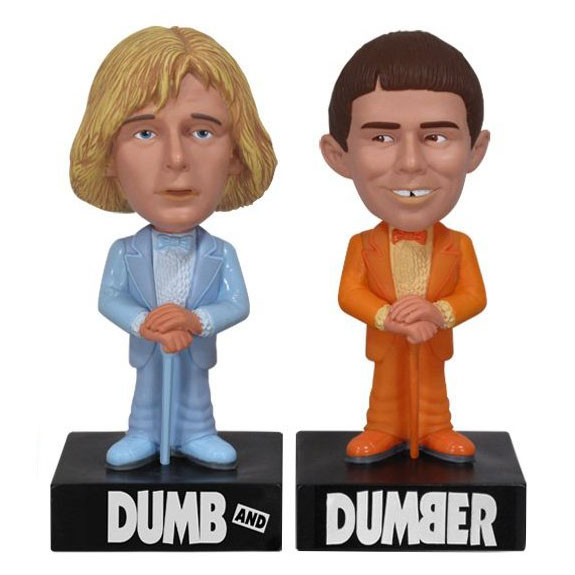 Dumb and Dumber was a pretty dumb movie, but funny. It’s a classic. And now fans of the crazy comedy can celebrate their love of the film with this Dumb and Dumber Talking Bobble Head Set.

These Harry Dunn and Lloyd Christmas Bobble Heads not only look awesome, but they actually talk and look just like Jim Carrey and Jeff Daniels. They stand 6 inches tall and are just waiting to be displayed in your home. 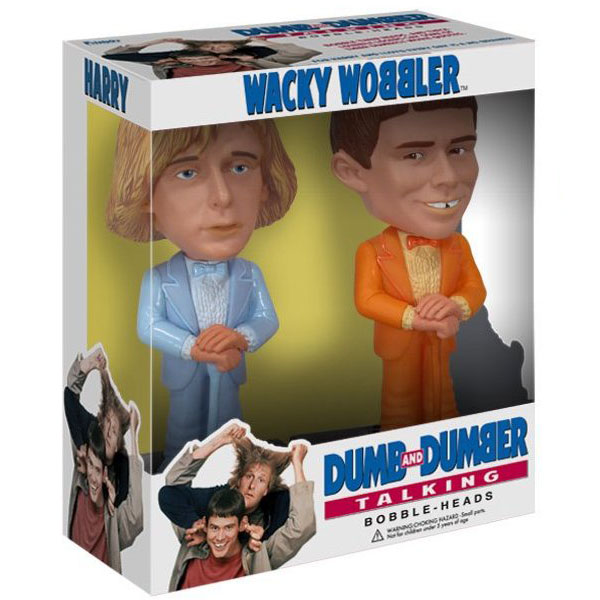 The only thing dumber would be to miss out on this pair at just $23.99 from Entertainment Earth and from $13.95 at Amazon.com.

There are a million dumb ways to die and these Dumb Ways To Die Plush toys want to clue you in on some of them. These plush versions of some of the dummies killed in “Dumb Ways to Die” are super cute and adorable. They […]

Sometimes, it’s all in your mind. If you think that you’re going have a crappy year in 2012, then chances are, you’re going to be able to subconsciously make that happen. So if you’ve already got such a (there’s no other word for it) crappy […]