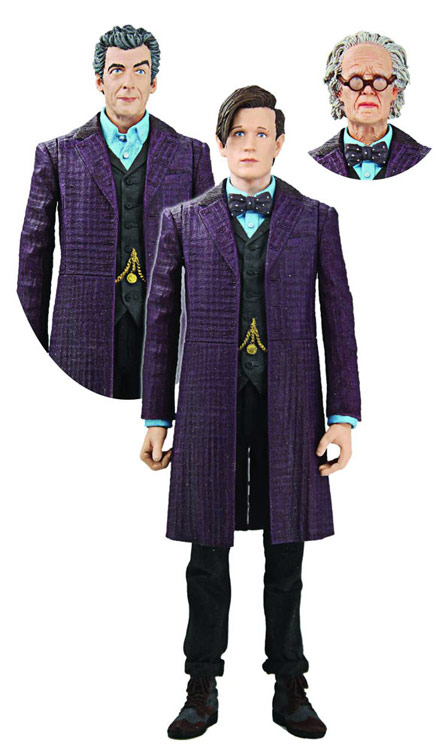 Forced to spend a lifetime on one planet in order to defend it, the Doctor becomes an old man as time passes by, with only the decapitated head of a Cyberman known as Handles to keep him company. Eventually, the Doctor reveals that he’s used all his regenerations but a gift from the Time Lords allows him to regenerate into the Twelfth Doctor.

The action figure set includes a head for the young and old versions of the Eleventh Doctor, a Twelfth Doctor head that resembles Peter Capaldi, a walking cane, a sonic screwdriver, and Handles, the Cyberman without a body.

The Doctor Who ‘Time of the Doctor’ Action Figure Set will be available October 2014 but it can be pre-ordered now for $37.99 at Entertainment Earth.