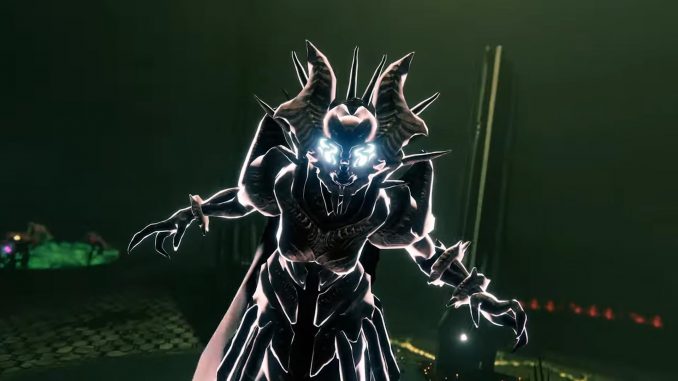 You haven’t seen darkness. Not yet.

A great battle approaches. What was once a symbol of humanity’s determination has now become a battleground against the Nightmares of our past.

As the heroes of the last safe city turned their attention to frontiers beyond the protection of the Vanguard, new Nightmares have emerged from the shadows of our long-forgotten Moon. Called forth by the haunting visions from her tormented past, Eris Morn has returned and unleashed something that once slumbered beneath the lunar surface – a long dormant power even she cannot control.

The gateways have opened. The Vex are coming.

This brand new LEGO Creator NASA Apollo 11 Lunar Lander #10266 is perfect for people that love space exploration and are excited for our eventual return to the Moon and first manned mission to Mars. It’s about time for a new manned moon mission too, […]

As a special offer from Microsoft, Xbox Live Gold members can Play Destiny 2 Free This Weekend! They must not work very hard on Thursday and Friday over there either, because this free weekend offer starts today, Thursday, June 7 at 9 a.m. PT (12 […]

Get an in-depth look at the next expansion in this Destiny 2: Forsaken – Official Reveal Video featuring the Bungie development team. Forsaken includes two new dimensions: The Tangled Shore and The Dreaming City. There are new story missions, adventures, destination activities, and more. You’ll […]

We’ve already seen the Reveal Video, and now it is time for the Destiny 2: Forsaken – Launch Trailer. You’ll venture into a new frontier as you take justice into your own hands in new destinations filled with enemies, allies, treasures, and untold mysteries. Destiny […]