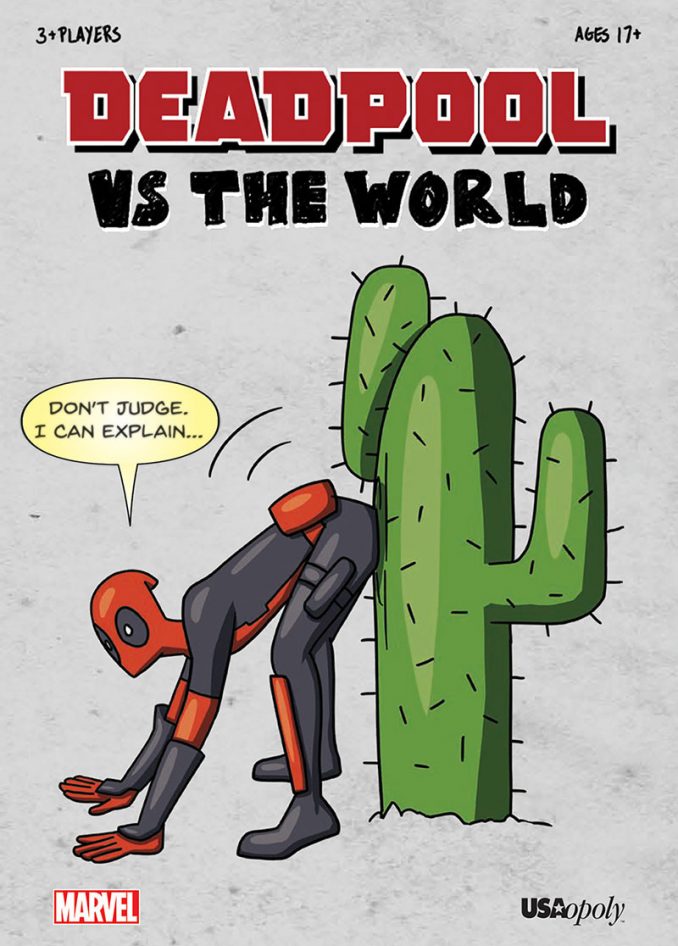 Are you ready to party? Well Deadpool is and he has invited you to join in on the fun. The Deadpool vs The World Adult Party Game is perfect for Marvel fans and adults that just like to have a little fun. We say it’s for adults because the game features illustrations of Deadpool in very strange and unsightly situations.

With 100 WTF cards and 300 caption cards, your weekend just got a whole lot better. Things are about to get a little crazy…

Deadpool makes his mark on adult gaming in Deadpool vs the World, a hilarious party game for mature audiences. Featuring 100 custom illustrations of Deadpool in very strange and unsightly situations, players face off against their friends by filling in the blanks on Caption cards to provide the most outrageous explanations of the Merc with a Mouth’s predicaments. The player who best describes Deadpool’s compromising situations wins the game. 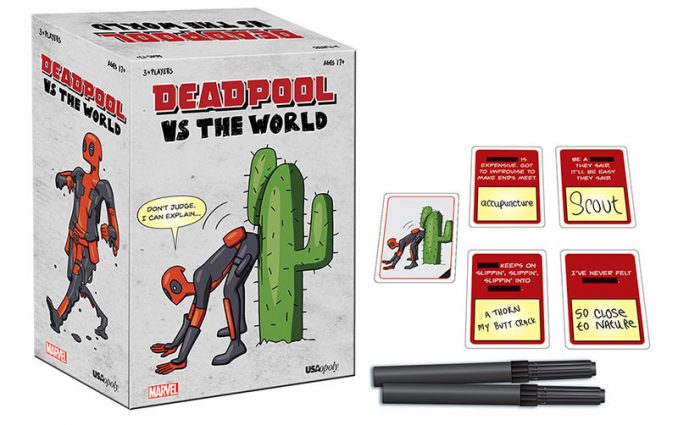 Update: Now available at Entertainment Earth and Hot Topic. Also, there is a special GameStop version of this Deadpool vs The World Game that includes exclusive bonuses.

GeekAlerts brought you news of the Deadpool vs The World Game when it was announced, but coming soon there is an exclusive bonus version of the NSFW Deadpool vs. The World Card Game. This new version is a GameStop exclusive, and features unique packaging. While […]