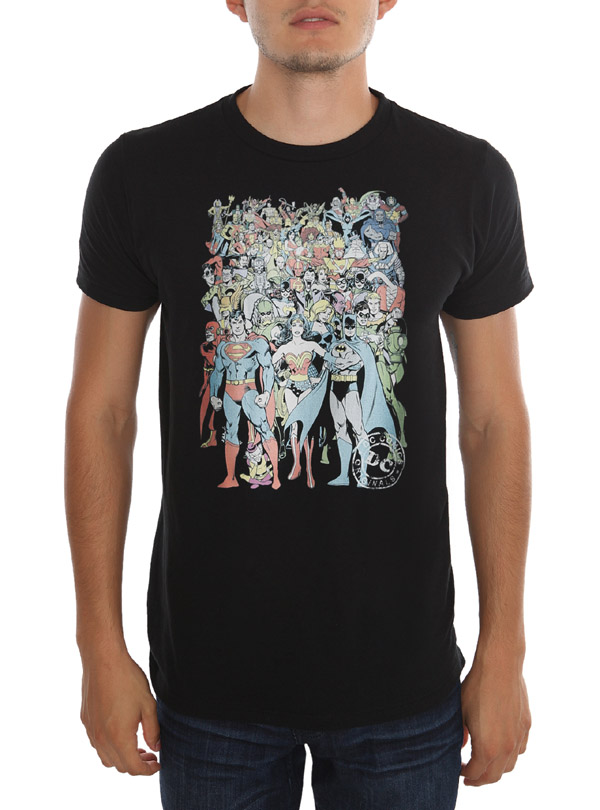 The heroes of the DC universe have gone through another round of changes but the DC Comics Original Universe T-Shirt lets you remember the classics by wearing them on your chest.

Remember when Superman wore his red undies on the outside, Green Arrow was rocking a killer goatee, and Batman was… well, he’s always been Batman. They’re here on this 100% cotton tee, along with a huge roster of other DC heroes, including Wonder Woman, Green Lantern Hal Jordan, Hawkman, Plastic Man, Batgirl, Black Canary, and the Flash.

Of course, heroes couldn’t do anything heroic without villains so Joker, Riddler, Sinestro, Darkseid, and a few other dastardly bad guys are also included in the group. 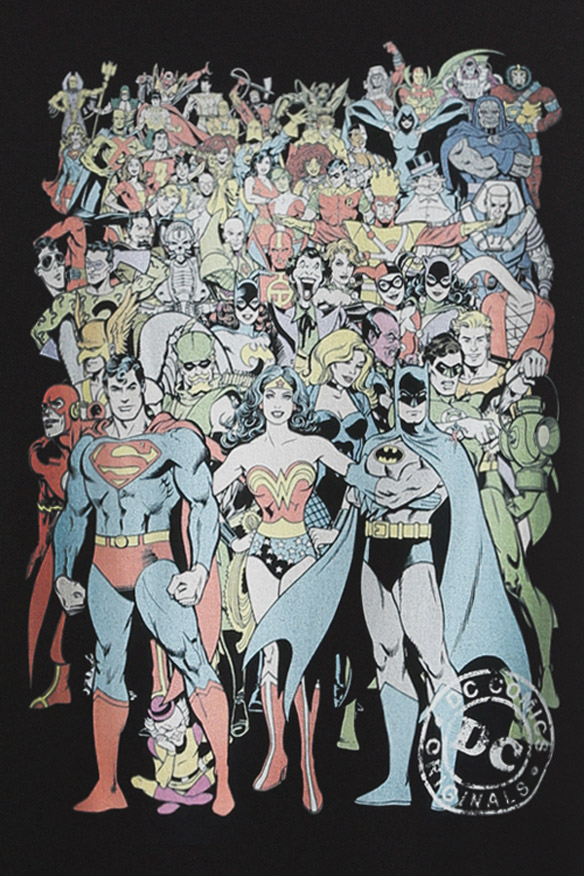 The DC Comics Original Universe T-Shirt is available for $16.40 at Hot Topic. Also at Amazon.com.

Prepare for battle and get ready to fly high with the Hawkman Square Enix Collectible Figure, which does the impossible by making a guy with the head of a hawk appear even more fierce than before. Poor Hawkman doesn’t get a lot of love in […]