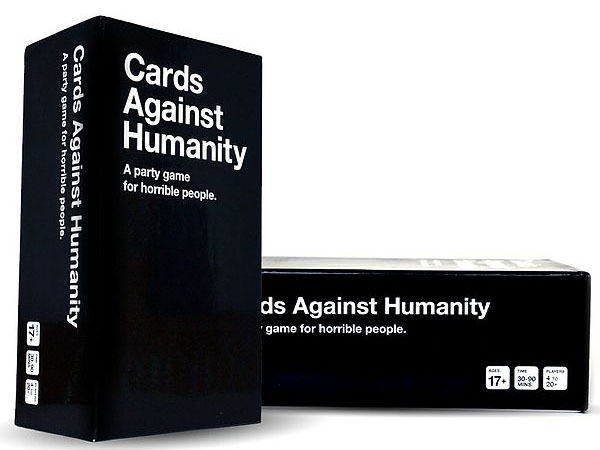 If you’ve got something against humanity, have a crude sense of humor, and have the strong desire to laugh all night, then you need to get Cards Against Humanity. The game began as a project on Kickstarter. Obviously, it was able to raise enough funds to actually get produced and manufactured.

Cards Against Humanity is a set of black and white cards. The black cards contain questions, while the white ones are printed with various answers. A player draws a question card, and the others try to answer it with the white cards they have in their hands.

Some other cool games to check out are the Would You Rather? Game and the Worst Case Scenario Survival Card Game. 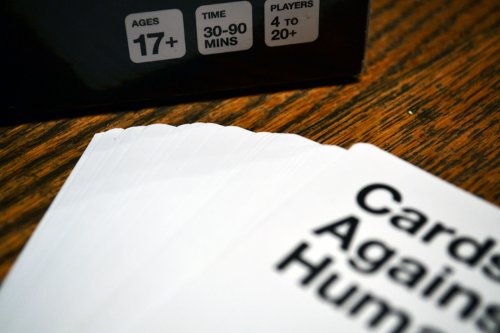 The Cards Against Humanity are normally available from Amazon for $25, but they’re so popular that they’re selling for much more right now–if you can even get your hands on a set at all.

You’ve seen the Solo Movie and know how Han Solo won the Millennium Falcon in a thrilling game of Sabacc. Now you too can play this legendary game with the Star Wars Han Solo Sabacc Card Game. There’s a lot riding on the line, as […]

Maybe I’m just geeky, but toast makes for some really cool designs, as demonstrated by these Toast Playing Cards. They are the latest bread themed fun along the lines of the Toast Drink Coasters, Sandwich Lunchbox, and all the Cool Toasters. Each card in this […]

Greeting cards used to be all generic and boring, but I like how some people are reinventing cards and adding a fun twist to them. It all began with the Say It With Words DIY Greeting Cards, where you could just crush out random words […]