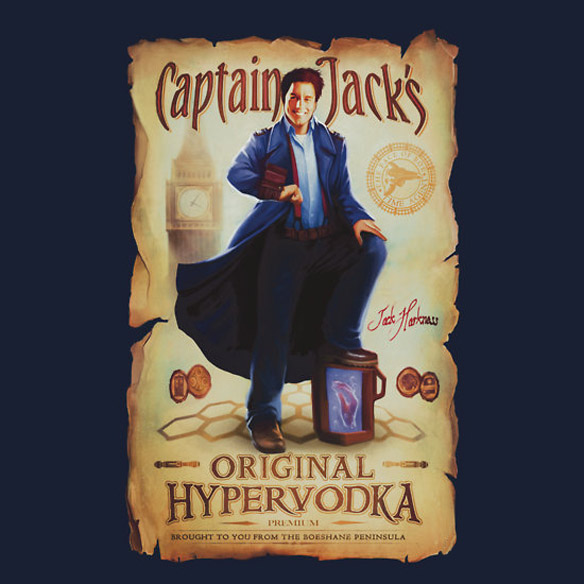 Two captains collide with the Captain Jack’s Original Hypervodka T-Shirt, featuring the popular Doctor Who and Torchwood character in a pose that might make many think of Captain Morgan.

Hypervodka is the drink that will get you drunk faster than the speed of light. How strong is it? Well, it’s probably best for Jack Harkness himself to explain its potency with this classic line from Torchwood.

“The last time I was sentenced to death, I ordered four hyper-vodkas for my breakfast. All a bit of a blur after that… I woke up in bed with both of my executioners. Lovely couple, they stayed in touch! Can’t say that about most executioners.”

Yeah, it’s that strong. Unfortunately, the drink only exists in the same fictional world inhabited by mad men in blue boxes and suave secret agents that can’t die. Fortunately, you can still show your love for the drink with this image created by artist Megan Lara. 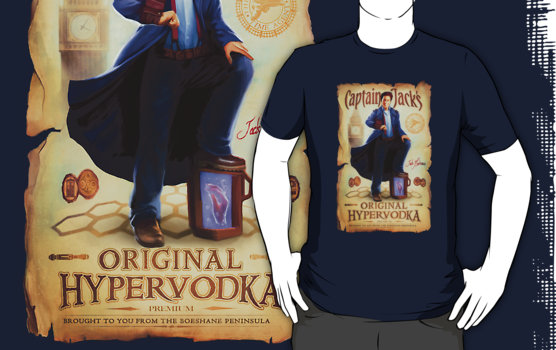 The Captain Jack’s Original Hypervodka T-Shirt is available for $27.01 at RedBubble.