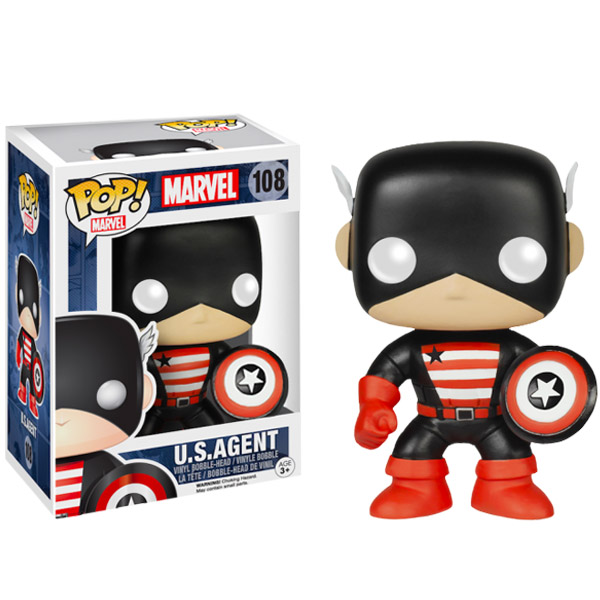 In his quest to become a hero, John Walker has gone through various identities. Busting onto the scene as Super Patriot, he eventually upgraded to the red, white, and blue of Captain America when Steve Rogers walked away from the role. However, Walker needed another costume and name when Rogers picked up the shield again, so he took on the identity of U.S Agent, fighting the bad guys with his vibranium disc… which really should just be called a shield. Did Cap trademark that particular name or what?

The Captain America U.S. Agent Pop! Vinyl Figure will be available November 2015 but it can be pre-ordered now for $13.55 at Popcultcha.com.