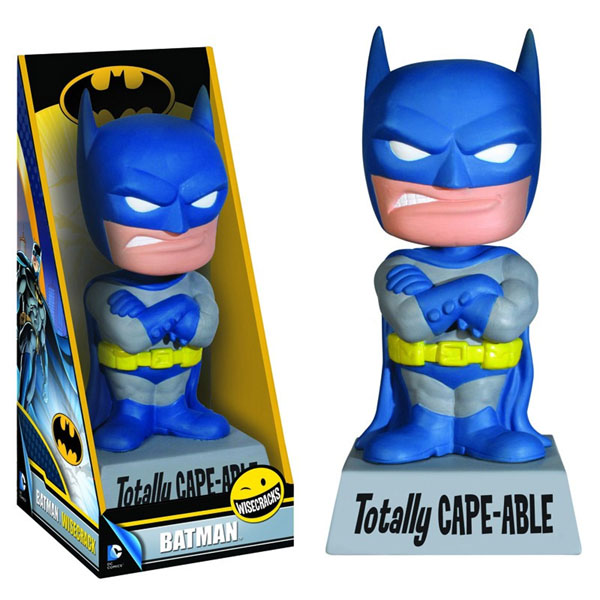 The Dark Knight isn’t known for his sense of humor, but the Batman Wacky Wisecracks Totally Cape-Able Vinyl Figure has no problem with delivering a witty pun.

The Joker, along with the rest of Batman’s adversaries, hates it when the Caped Crusader tells a joke because he always delivers the punchline as an actual punch… followed by a trip to Arkham Asylum. However, this 7-inch-tall figure has no problem with bringing on the funny, with a base that proudly proclaims “Totally Cape-able.”

Get it? Because he’s capable and wears a… never mind. Probably best if the vigilante sticks with cleaning up the streets of Gotham City. No wonder he has a snarl on his face. Tough crowd.

The Book of Totally Irresponsible Science

Imagine if a book told you that you could turn milk into stone or make a potato gun. Fancy growing a Frankenstein head as well? The experiments and discussions you’ll find in the Book of Totally Irresponsible Science will boggle your mind as well as […]

Prepare to have your childhood shattered with DC Comics Wacky Raceland #1 as DC Comics takes Hanna Barbera beyond… everything. Believe it or not, there’s a good chance, if you fall in a certain age range, that you watched this crew race before. If the […]