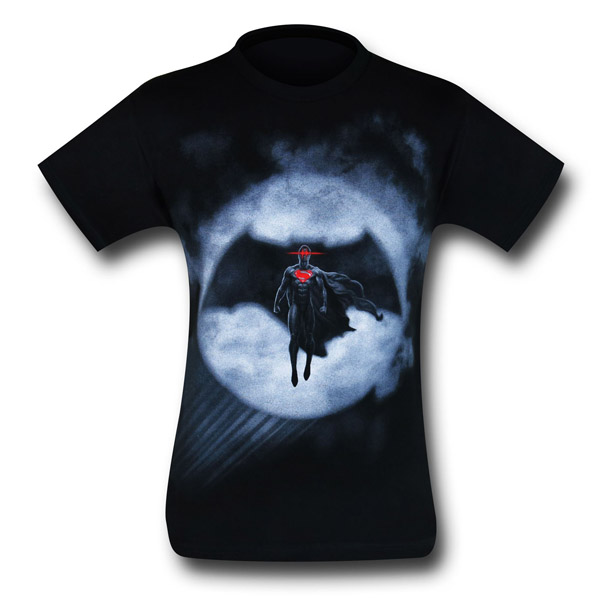 The Man of Steel interrupts the Bat Signal to send his own message to the Dark Knight on the Batman v Superman Signal Silhouette T-Shirt.

The protector of Metropolis (and the world) isn’t thrilled with Batman’s way of cleaning up Gotham City so he thinks it’s time for the Bat to retire. Unfortunately, Batman disagrees, which results in the costumed but human Bruce Wayne being incinerated by Superman’s heat vision.

Wait! That’s not right because Superman doesn’t kill… except for that time he snapped Zod’s neck… and I’m sure all those casualties from the epic battle in Man of Steel were Zod’s fault, so yeah, Superman doesn’t kill. Guess that’s for the best. Dawn of Justice would be a very short movie if heat vision was used to deal with the bat problem.

The officially-licensed black tee is made of 100% cotton. 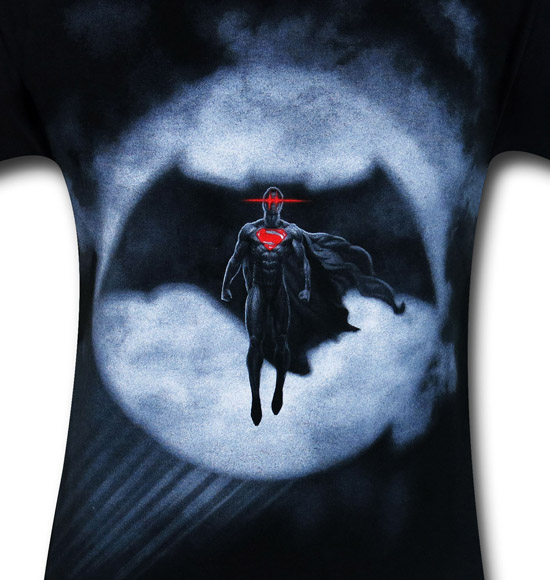 The Batman v Superman Signal Silhouette T-Shirt is available for $19.99 at SuperHeroStuff.com.

These Bat Signal All Over Print Lounge Pants are perfect for lounging around and they might even attract the attention of the Dark Knight himself. That’s because they feature the Batsignal against a grey and black print. These pants are 100% cotton for extreme comfort. […]