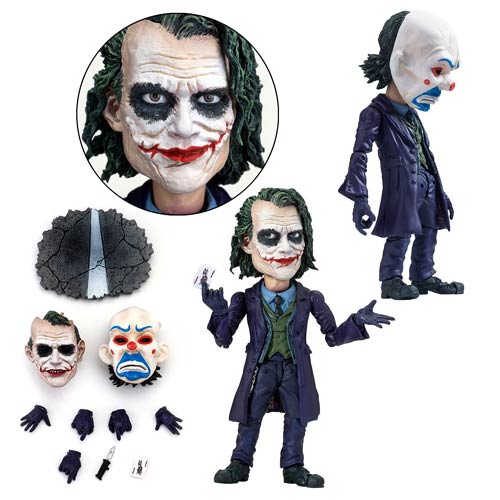 The Batman The Dark Knight Joker Deformed Action Figure stands just over 5-inches tall. He is a poseable recreation of Batman’s greatest nemesis based on Heath Ledger’s Joker from Christopher Nolan’s The Dark Knight film.

This stylized and deformed figure includes interchangeable hands and faces (including the bank heist clown mask), movable eyes, a knife, and his Joker card. He looks crazy as ever. Batman better look out.

If you are a Joker fan, this is a must own. It is only $64.99 from Entertainment Earth. Pre-order it now and it ships in March.

In this Wicked Audio Heist Earbuds Review we take a hands-on look at an innovative pair of in-ear headphones. What makes them different from other earbuds is that they have an extra headphone jack on the cord, allowing you to share your music (or whatever […]