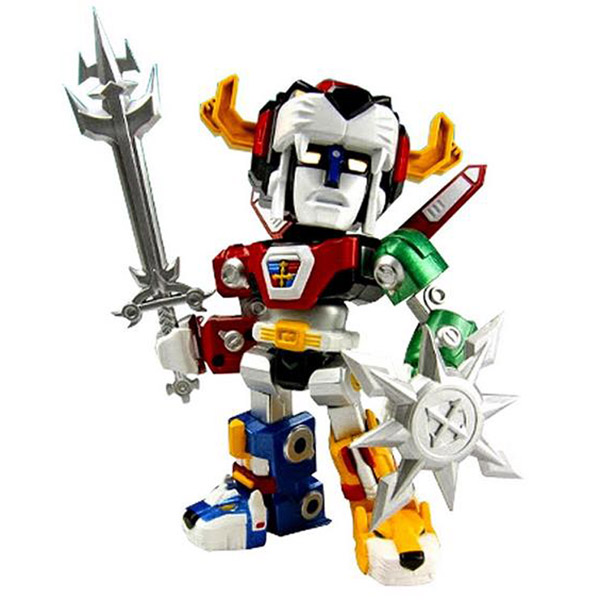 When the universe is in danger, five robotic lions come together to form the Voltron 30th Anniversary Super Deformed Action Figure, who can still manage to defend the universe, despite his small size.

No, the Voltron team didn’t suffer from budget cuts. This little die-cast metal and plastic guy celebrates the 30th anniversary of the mecha warrior known far and wide by the children of the 80s, and there’s no reason to let this figure’s small stature fool you. He might not be 11-inches-tall like the Voltron 30th Anniversary Action Figure but he does have 25 points of articulation, 3 interchangeable faces, battery-operated light-up LED eyes, and an arsenal of weapons. 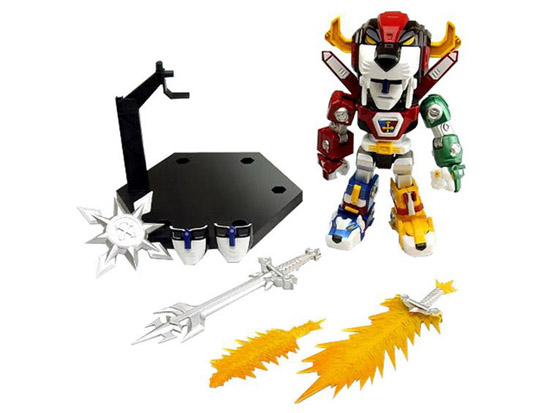 You even get a cool blazing sword effect that lets you replicate the classic scene that was in almost every episode of the cartoon series.

The Voltron 30th Anniversary Super Deformed Action Figure will be available December 2014 but it can be pre-ordered now for $79.99 at Entertainment Earth and BigBadToyStore.com.

Fans of the 80’s cartoon are going to love this Voltron Altimite DX Transformable Action Figure. This super deformed Voltron is fully Transformable! It even comes with mini-Pilot Figures and all 5 lions to form Voltron, and each transforms separately. It includes shield and blazing […]

By the power of grayskull, this plush has been deformed. Super deformed. This Masters of the Universe He-Man Super Deformed Plush is just like the He-Man you know and love, just cuter and cuddlier. He will serve as an excellent throw pillow or an awesome […]

The Predator 30th Anniversary Jungle Demon 1:4 Scale Action Figure is a limited edition action figure that marks the 30th anniversary of the original Predator movie. It is cast in clear plastic with camouflage accents to capture that cloaked appearance in the jungle. He also […]