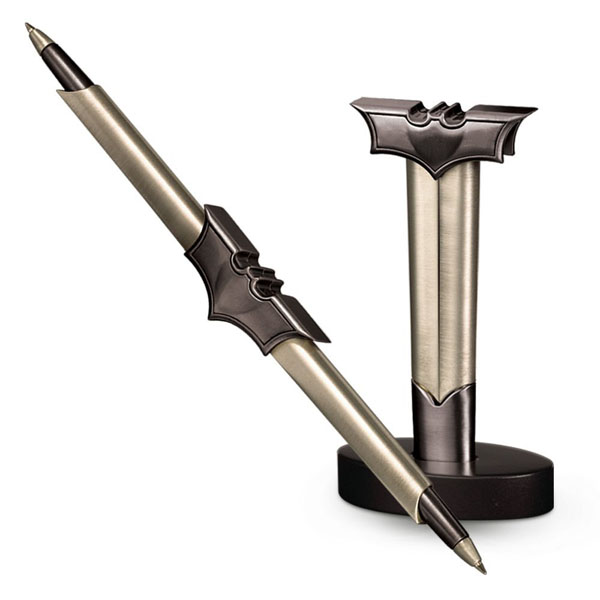 This Batman The Dark Knight Folding Pen with Display Stand is perfect for your batdesk. It’s worthy of Batman himself. This is probably what Bruce Wayne writes checks with.

This writing instrument is inspired from The Dark Knight. It has a snap-open mechanism and not just one type of ink, but both black and blue. It looks like it could be a Bat-weapon, but it is for Bat-writing instead. 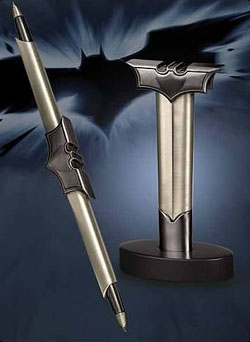 This Batman The Dark Knight Folding Pen is grounded in the aesthetic of Christopher Nolan’s The Dark Knight film. The unique writing instrument features a snap-open mechanism, with both black and blue ink. Plus, a display base is included! Measures approximately 6 1/2-inches when open.

Batman fans will want to grab one right away. This pen measures 6 1/2-inches when open. Just $34.99 from Entertainment Earth and from $31.05 at Amazon.com.

This Knight Pen Holder is perfect since you are the king of your castle. Who doesn’t want a miniature knight kneeling and presenting a pen to your majesty? The pen is mightier than the sword. That’s why it needs a knight to present it. This […]