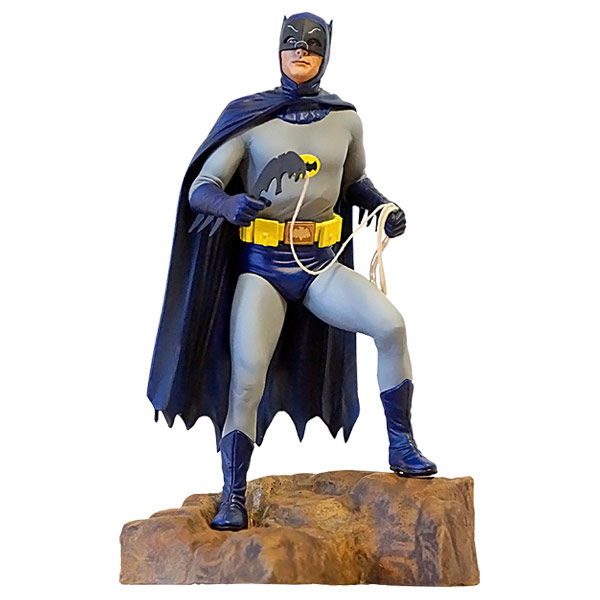 Standing 9-inches tall when fully assembled, the scale model looks just like Batman did in the old television series, right down to the white eyebrows on the bat-cowl. In addition to the Batcave rock display base, the kit also includes an optional batarang and whip… which is a little odd to me because I don’t remember a Bat-Whip being part of Batman’s arsenal of goodies.

Holy Batboat model Batman. That is one rad 60’s wave surfer. The old 1960s Batman show was pretty silly, but that just made it even cooler in my book. This Batman 1966 TV Batboat Model Kit will help you relive some memories of the classic […]