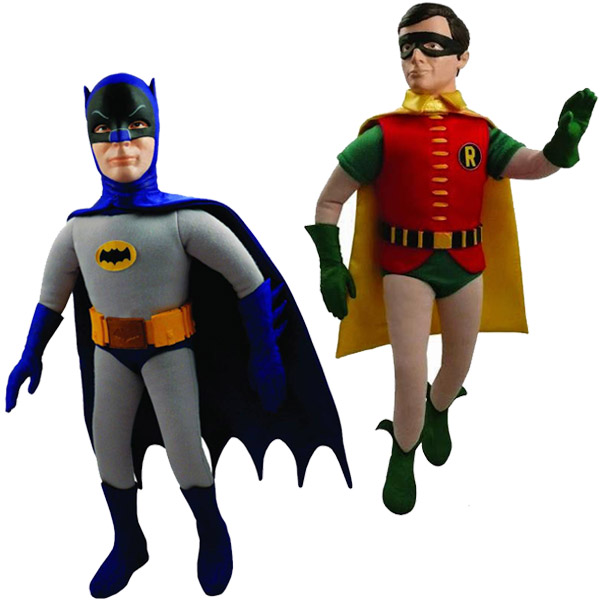 Holy Retro Awesome-Sauce, Batman! The Caped Crusader and the Boy Wonder have a few things to say with the 1966 Batman and Robin Talking Figures.

Featuring the likenesses of Adam West and Burt Ward, the 17-inch-tall Batman and 16-inch-tall Robin each say one of fifteen different quotes sampled from the Batman television series when you squeeze their bellies. Both figures are bendable and poseable.

Batman’s quotes include “To the Batpoles,” “It’s time for a little trickery of our own, Robin,” and “I understand Bruce Wayne is a man of great understanding and compassion.”

Robin’s quotes include “Okay, Batman, let’s deliver the punchline,” “Holy Barracude,” and “Well, what are we waiting for?”

The Caped Crusaders unleash the KAPOW with the Batman & Robin Dynamic Duo Premium Art Print. The villains of 1966 Gotham City need to feel the fear because Batman and Robin aren’t wearing kid gloves on this 18″ x 24″ print by artist Jon Foster. […]