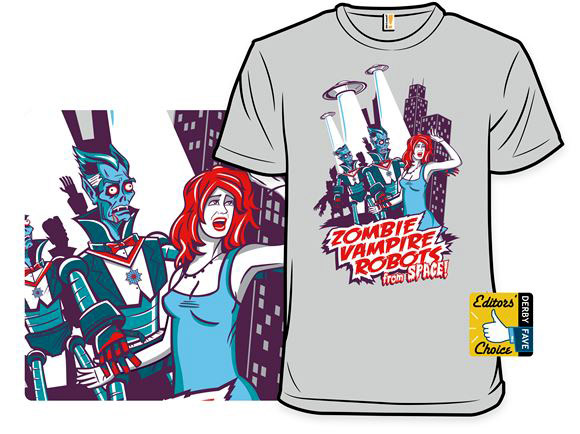 Do you lose your mind over zombies? Feel your blood pump faster when you think of vampires? Blow your logic circuits for robots? If so, you’ll love this Zombie Vampire Robots from Space T-Shirt.

Apparently, an advanced civilization built robots that were attacked by vampires, and then – just to show how rotten their day was going – they were bitten by zombies. The result? Zombie vampire robots, who wisely decided all the vampires and zombies were making their world entirely too unfriendly… so they came to Earth and thought it would be a good idea to take over.

The 100% cotton tee features an army of zombie vampire robots capturing a poor defenseless Earthling. The image was created by bennydougs. 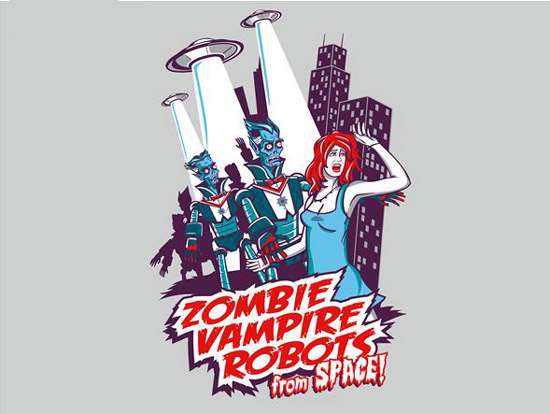 The Zombie Vampire Robots from Space T-Shirt is available for $15 at Shirt.Woot.