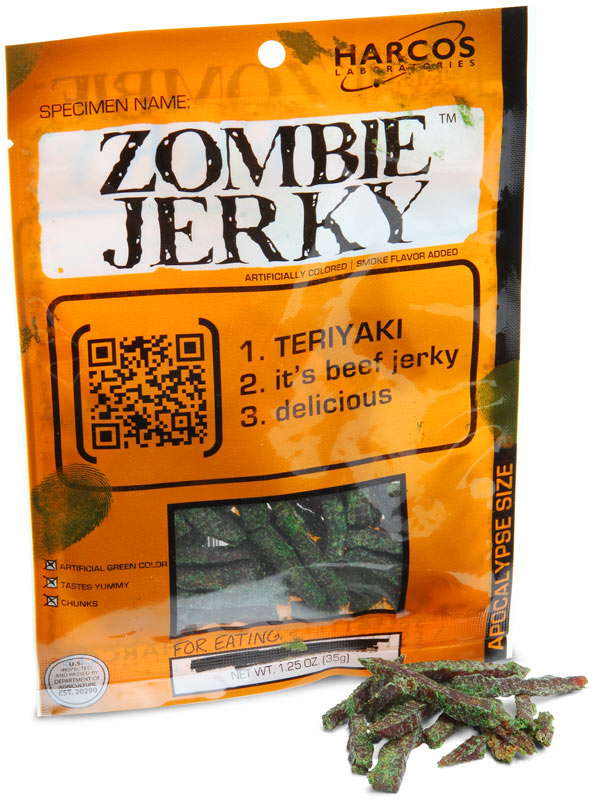 I have this niece who recently discovered the wonderful world of jerky; which has made her declare that she’s not going to be eating anything other than jerky for the rest of the year. That certainly ticked her mom off, who quickly scoured the Internet for something to cure her jerky-addicted daughter. And she found it in the form of Zombie Jerky.

Of course, she didn’t really give any of this Zombie Jerky to her kid because it tastes pretty much the same as any other jerky out there, although it looks pretty freaky with all that green mossy stuff all over it. It freaked her kid out a bit but when she was off to school, my sister and I wolfed it down just as zombies would when they find a tasty treat. Mm-hmm. 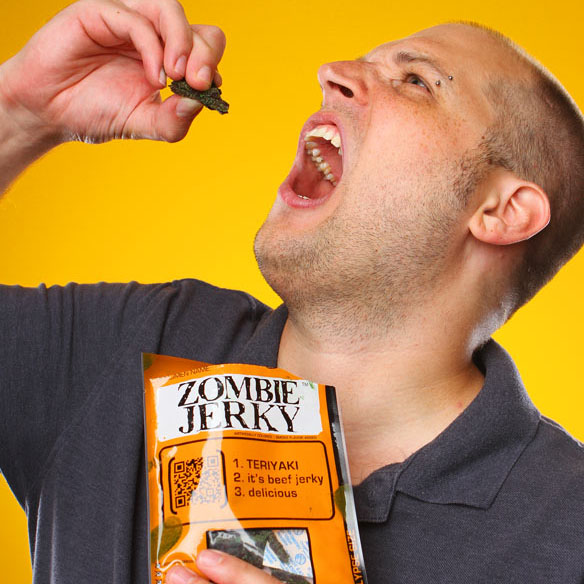 Zombie Jerky
Zombie Jerky is a delicious way of dealing with the undead. Seriously, though, Zombie Jerky is really just tasty chunks of teriyaki beef jerky – accented with green stuff. Packaged in a neato specimen pouch, Zombie Jerky will prove to everyone that you’ll eat anything (and also earn you lots of grossed out looks). And all the while, you’ll know it’s not really ex-people. Or is it?!? Hey, zombies have been eating us for years – it’s time for us to return the favor with Zombie Jerky.

This Zombie Jerky for the undead is available from ThinkGeek for $5.99.

UPDATE November 2012: You can now buy the Zombie Jerky at the NeatoShop.