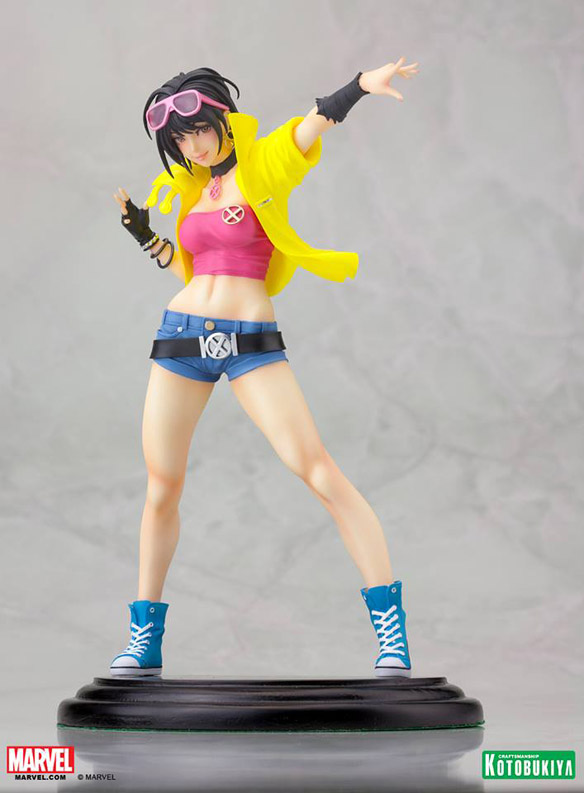 She doesn’t get much love in the movies but the X-Men Jubilee Bishoujo Statue puts the spotlight on one of the brightest mutants to ever be listed on the X-Men roster.

Jubilation ‘Jubilee’ Lee didn’t seem like much when she first appeared in the pages of the X-Men comics in the early 90s, but her enthusiastic attitude, colorful wardrobe, and mutant ability to shoot energy plasmoids from her hands soon made her a major character, with frequent team-ups with Wolverine. Alas, her fate was a dark one but she can always be remembered in brighter times with this approximately 8-inch-tall statue.

The X-Men Jubilee Bishoujo Statue will be available April 2015 but it can be pre-ordered now for $69.99 at Entertainment Earth.