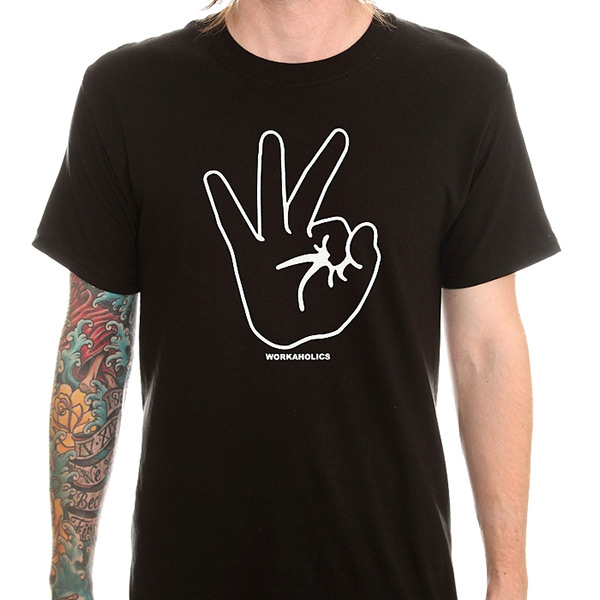 Since yesterday was the Memorial Day Holiday, it is easy to think that today is Monday. However, it is Tuesday and Workaholics Season 3 kicks off tonight after Tosh.0. It would be cool to watch the new ‘sodes while sporting one of these tees.

These 100% cotton Workaholics Hand T-Shirts are available at HotTopic.com, and right now they’re on sale starting at just $13.98! Wearing one of these shirts can show everyone that you’re super tight butthole. If you’re still not convinced that tight butthole is good, consider the alternative. Being loose butthole is definitely bad.

For those keeping track at home, times I said “butthole” above in this post: 7. 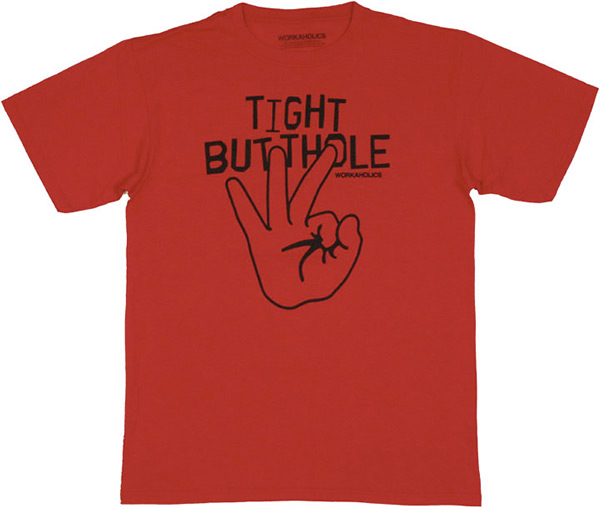 Update: I just found another Workaholics Tight Butthole T Shirt, this red one pictured above. It is available for $19.88 at StylinOnline.com.

Before you decide to have a drinking session with your friends with the booze you’ve fermented yourself using the DIY Hooch Kit or Drinks-Lab Homebrew Kit, make sure you’ve got the Please Hold My Hair Back Later Tonight – Pint Glass on hand. Okay, so it’s […]

While the Boyfriend Pillow was especially suited for people who had just recently broken up with their boyfriends (or for the lonely ones who had never tried getting a boyfriend yet), the Hold-Me-Tight Pillows follow the same concept but are a whole lot more kid-friendly.

I love tea but one thing I’m not very fond of is having to brew it. My mother is partial to loose leaf tea and that’s the kind which I think is a total hassle to brew and drink, especially since I have to take […]

Batman “Who Will You Be Tonight” Poster

“I’m Batman,” says Bruce Wayne… but which Batman is he? That’s the question offered by the Batman “Who Will You Be Tonight” Poster, which features a variety of looks worn by the Dark Knight. This 24″ x 18″ image, created by JP Valderrama, reveals Bruce […]