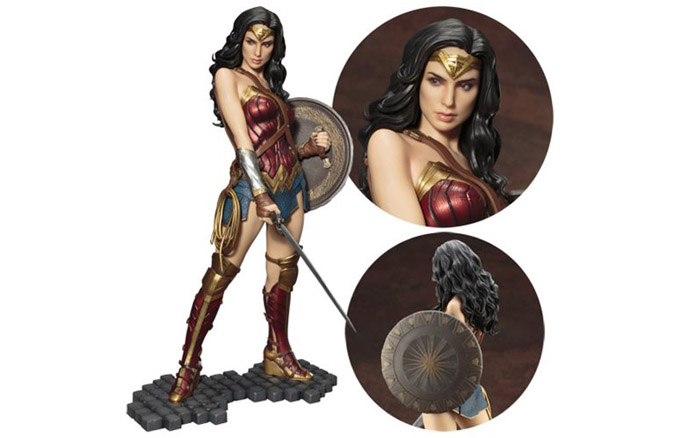 Standing 12-inches tall and based on Gal Gadot’s portrayal of the iconic character, Wonder Woman strikes an intimidating pose with her shield and sword held ready for battle, her golden lasso hanging from her hip.

In honor of the big screen version of Wonder Woman joining the ArtFX line, the statue also comes with an interchangeable sword and shield that the heroine used in Batman v Superman.

Get more Amazon action by letting Rout.com lead you to discounts and low prices on Wonder Woman statues.

The Amazon warrior is back to rocking the bikini-bottom look these days, but the Wonder Woman New 52 ArtFX Statue captures the princess when she decided to give pants a try. The new look for the iconic character, created by Jim Lee for DC Comics’ […]