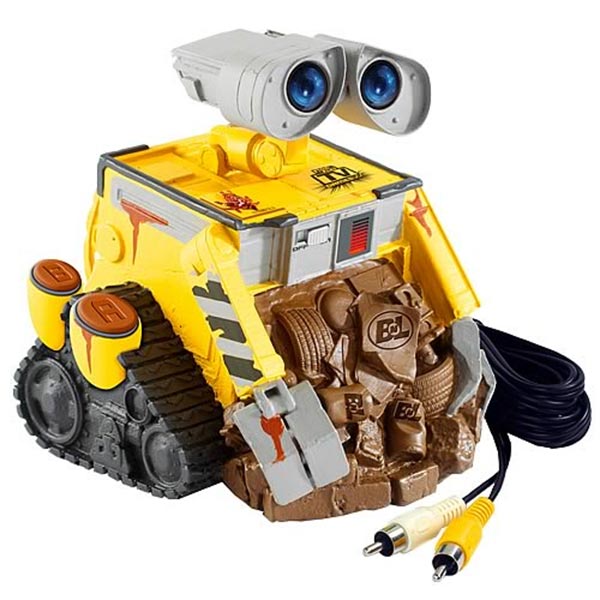 Pixar’s animated film about the adorable WALL-E robot has its world premiere today. If you can’t get enough of this trash-compacting fellow, you can now bring him home in the shape of a TV game.

The gaming device comes with four games, plugs directly into your TV (no console or additional software needed) and requires 4 x AA batteries.

Shaped just like the title character, Wall-E has buttons on his legs so you can control games when you plug this little guy into your television set.

The Disney/Pixar Wall-E Plug and Play TV Game is available from Amazon and from Entertainment Earth.

Sometimes it seems like there’s never a USB plug around when you need one. Though there are always standard electrical outlets everywhere. The Pivot Power Mini – Wall Plug/USB Combo will help. This handy device lets you plug in four things into one outlet. Plug […]

Can’t live without your iPod or portable speaker or other device that can only be charged using a USB cable? Of course, you could just go out and shell out a few extra bucks to buy a separate charger. Or you could just install the […]

It’s a race against time and the other players in the Pictureka Disney Edition Game. The point of the game is to spot the character in the current card. Yell out “Pictureka!” once you spot it so you can keep the card. It follows the […]