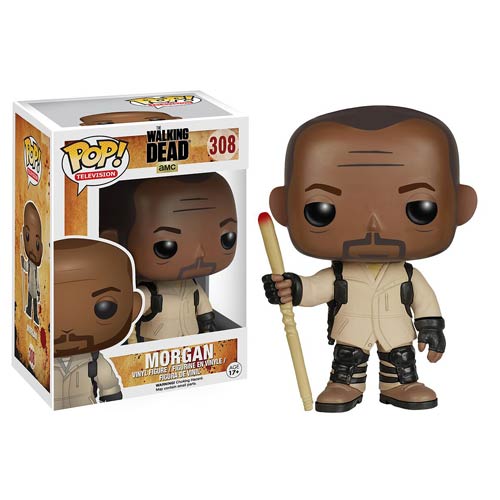 Sadly, this 3 3/4-inch figure doesn’t really talk because I wouldn’t mind having a TWD toy that shares the wisdom of Morgan. The man has come a long way since sort of going off the deep-end and making his home behind a home-made barricade in an abandoned town… but don’t mess with his protein bars.

Reappearing in Season 5, Morgan has become Zen-like in his way of dealing with the new world. He values life, so much so that he’ll mess you up if you threaten his. I like how his staff has a little touch of red on the tip, just in case anyone thinks about mistaking it for a simple walking stick.

The Walking Dead Morgan Pop! Vinyl Figure will be available November 2015 but it can be pre-ordered now for $9.99 at Entertainment Earth.

Sometimes the best weapons are the ones you don’t initially think about and the Walking Dead TV Series 8 Morgan Jones Action Figure adds a new one to the zombie apocalypse. When it’s kill or be killed, you’ll find a lot of people with guns, […]