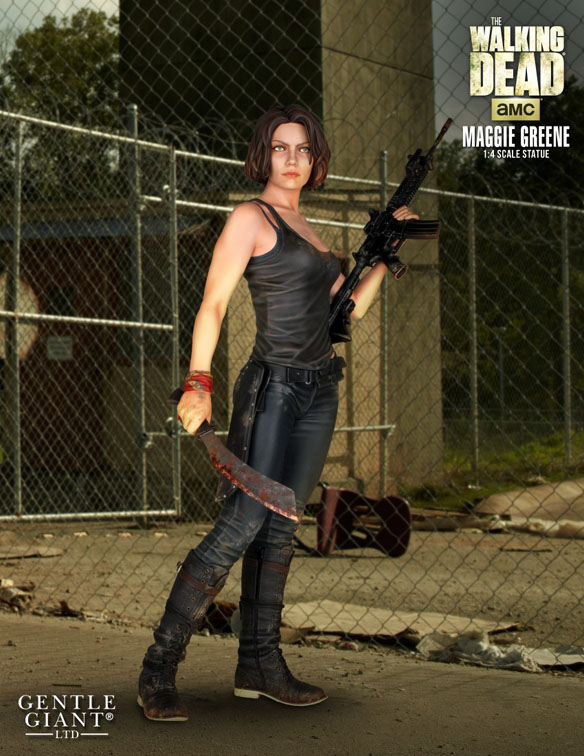 Sexy looks and kick-butt attitude collide with the Walking Dead Maggie Statue, featuring a woman brave enough to do the nasty in an abandoned store with Walkers lurking all around.

Glenn has been on a lot of supply runs but none of them were as exciting as his first scavenging quest with Maggie Greene, and now anyone can bring Maggie home with them, thanks to this digitally-sculpted, hand-painted polystone statue.

Using photographs of Lauren Cohan’s on-screen character, Gentle Giant brings Glenn’s wife to life, and she’s ready to bring some serious pain to the undead with her machine gun and machete. The statue comes with a certificate of authenticity.

The Walking Dead Maggie Statue will be available December 2015 but it can be pre-ordered now for $399.99 at Entertainment Earth.