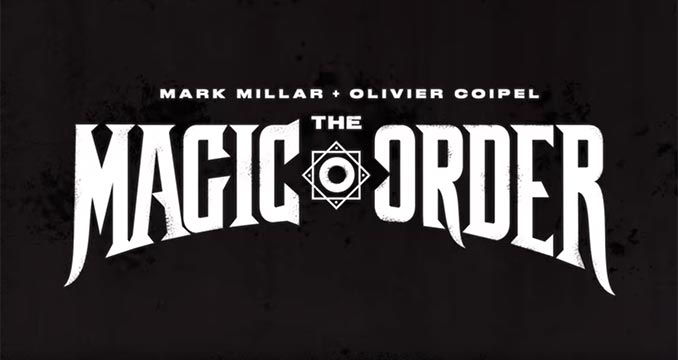 Netflix’s first comic book is coming, and you can preview it in this The Magic Order Trailer. Netflix producing a comic book may sound strange, but this is a result of their acquisition of the comic book company Millarworld last year. And just like Marvel and DC, they will likely adapt this into movies or a TV series eventually.

The Magic Order will be written by Mark Millar (founder of Millarworld and writer of Kick-Ass, Civil War, and Kingsman: Secret Service) and illustrated by Olivier Coipel, who has an extensive history of illustrating for Marvel Comics and DC Comics.

This is only the start.

From the minds of Mark Millar and Olivier Coipel, The Magic Order is Netflix’s first comic book series.

If you’re a PC gamer facing slow frame rates, upgrading your graphics card generally gives you the best improvement. Yet for many of us that generally do office work and web browsing on the computer, a faster I/O subsystem would deliver the most noticeable speedup. […]

Math geeks, this one is for you. Besides, I don’t have the brains to figure this cube out. The Magic Cube: Mathematic 3D Logic Puzzle is a puzzle cube surrounded by special numbers and each face has a different series of numbers. Fibonacci, digits of […]

If your future is uncertain and you don’t know where else to go or whom to turn to, then the Glee Magic 8 Ball is the one for you. Just like any other magic 8 ball out there, you won’t be getting any definite or […]

Remember those Windows screensavers that featured some dancing naked babies who would groove their way all across the screen until you gave the mouse a nudge or resumed working? I wasn’t a huge fan of those because I personally found the babies a bit creepy. […]