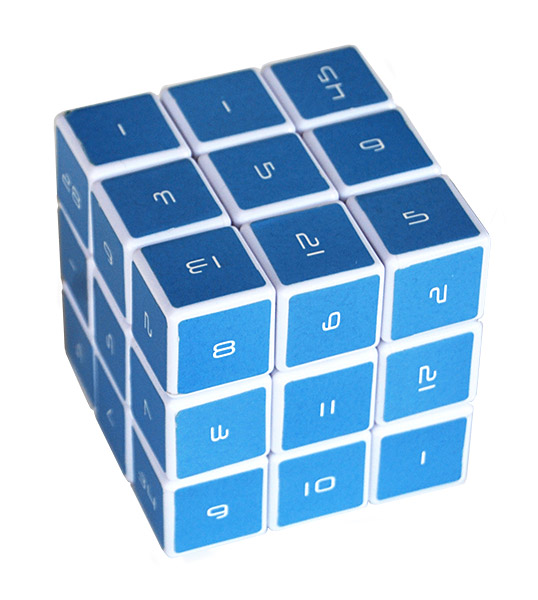 Math geeks, this one is for you. Besides, I don’t have the brains to figure this cube out. The Magic Cube: Mathematic 3D Logic Puzzle is a puzzle cube surrounded by special numbers and each face has a different series of numbers. Fibonacci, digits of Pi, and more.

Like I said, real braniac stuff. Just do the usual thing that you do when solving a Rubik’s cube, but also apply your math skills to putting all like numbers together as well.

The Magic Cube: Mathematic 3D Logic Puzzle is $19.99 from ThinkGeek.com.

Remember that giant 13×13 Speed Cube from a few weeks ago? Well, the Boob Cube Logic Puzzle For Dummies takes things in the opposite direction. It is the perfect gag gift for “very smart” friends or anyone with an over-inflated ego. This 1x1x2 cube comes […]

Just when you thought you finally got rid of the Tetris song in your head and haunting images of Tetris pieces descending from your subconscious, they went and made the 3D Puzzle Game of Pentaminoes.