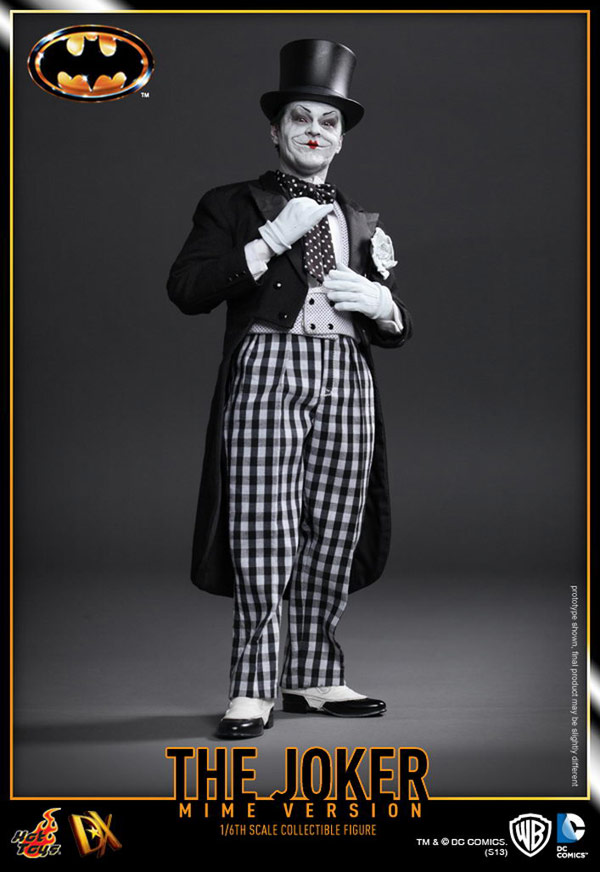 Before he was brought to creepy life by Heath Ledger in “The Dark Knight”, the Clown Prince of Crime was Jack Nicholson, and the Joker (1989 Mime Version) Sixth Scale Figure perfectly captures one of the more surreal moments of the character.

When you look like a clown, a mime disguise is definitely the best way to blend in but silence can be deadly when this particular mime puts on a performance.

In addition to all the goodies that come along with this DX Series figure, the Joker also has Hot Toys’ patented Parallel Eyeball Rolling System (PERS), which basically means there’s a hidden control knob that lets you make Jack look in any direction you desire. Freak out your friends – Friend: Wasn’t that clown looking the other way yesterday? You: No, what are you talk… Oh no!!! Run! It’s alive. 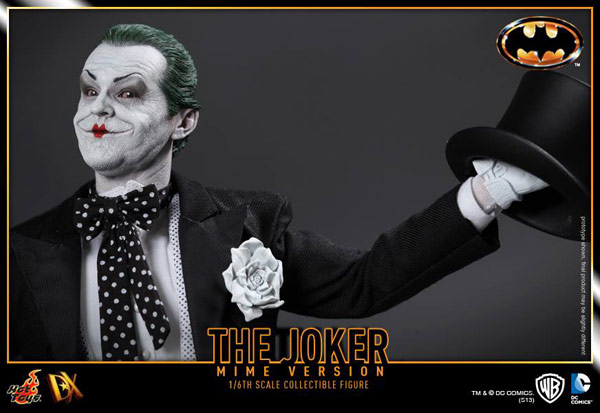 The Joker (1989 Mime Version) Sixth Scale Figure will be available December 2013 but it can be pre-ordered now for $229.99 at Sideshow Collectibles.