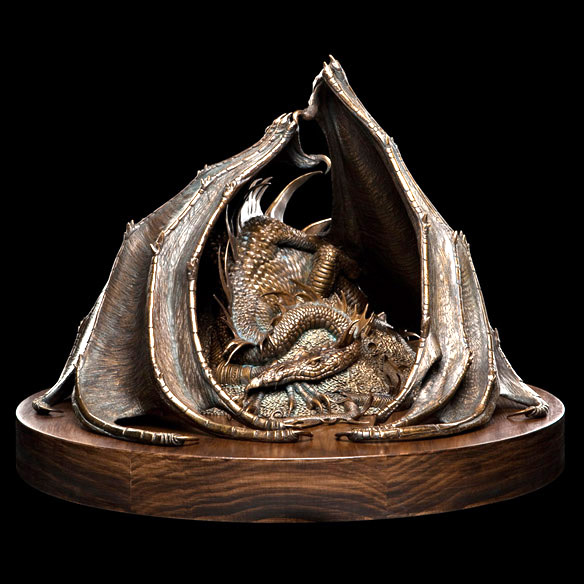 One of the biggest names in The Hobbit films can now be brought home in the form of The Hobbit Smaug the Golden Bronze Statue, which should appeal to fans of Bilbo, Gandalf, and the rest of the gang because this probably isn’t the first time you’ve seen the greedy dragon in this pose.

If Smaug coiled around his treasure is tickling your memory, there’s a good chance it’s because you remember the 1991 paperback edition of The Hobbit by Grafton Books because the cover used a piece of art by John Howe called Smaug the Golden, which was the inspiration for this collectible. 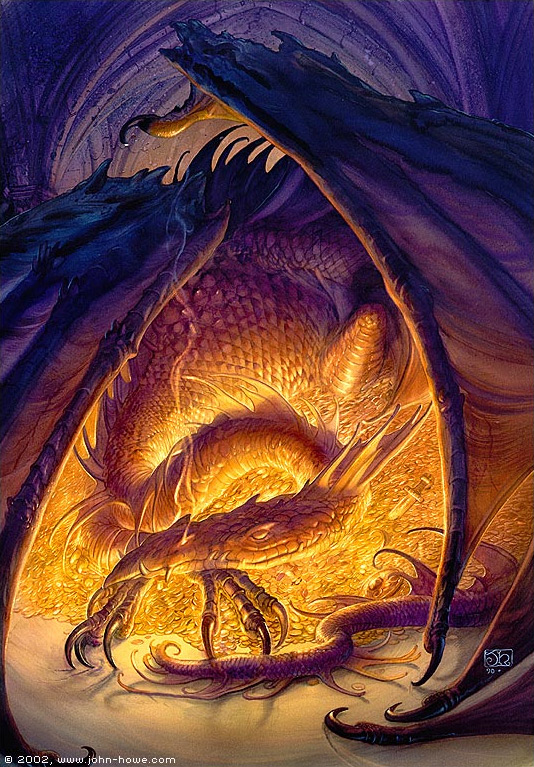 The statue features a bronze sculpture of Smaug coiled around his gold, resting on a natural wood base. A Certificate of Authenticity signed by artist John Howe and special effects wizard Richard Taylor is included.

It’s only natural that anything associated with dragons doesn’t come cheap, and the Hobbit Smaug the Golden Bronze Statue is no exception, so brace yourself for the $4,900 at WetAnz.com.

The Hobbit Battle of the Five Armies Smaug Pop! Figure

The Hobbit The Battle of the Five Armies Smaug Dragon 6-Inch Pop! Vinyl Figure stares at you with accusing eyes, but which set of eyes will you see as he examines you? Most Pop! Vinyl figures stand 3 3/4-inches-tall but the mighty Smaug towers over […]

Straight out of Middle-Earth and into your home flies The Hobbit: The Battle of the Five Armies Smaug Large-Scale Poseable Action Figure. With an eye-catching 22-inch wingspan, this highly-detailed action figure measures 21 inches in length, features 10 points of articulation, and includes wingtips and […]

The Dark Knight looks cool doing almost anything, but the Batman Begins Gliding Batman Bronze Statue Sculpture captures him at his coolest. Admit it. When Batman jumps from the top of a building, flings his cape back so it can catch the wind, and glides […]