At Comic-Con 2019 Netflix offered this Sneak Peek at The Dark Crystal: Age of Resistance, and it looks like this new series by director Louis Leterrier and executive producer Lisa Henson stays true to Jim Henson’s vision. It will premiere on Netflix on August 30, 2019.

“The idea is you watch the show and you forget you’re watching puppets.” Fans at San Diego Comic-Con 2019 were given a glimpse of the artistry behind the scenes of the resistance by director Louis Leterrier and executive producer Lisa Henson. Darkness rises on August 30.

Returns to the world of Thra, where three Gelfling discover the horrifying secret behind the Skeksis’ power, and set out to ignite the fires of rebellion and save their world.

Here is The Dark Crystal: Age of Resistance promotional poster: 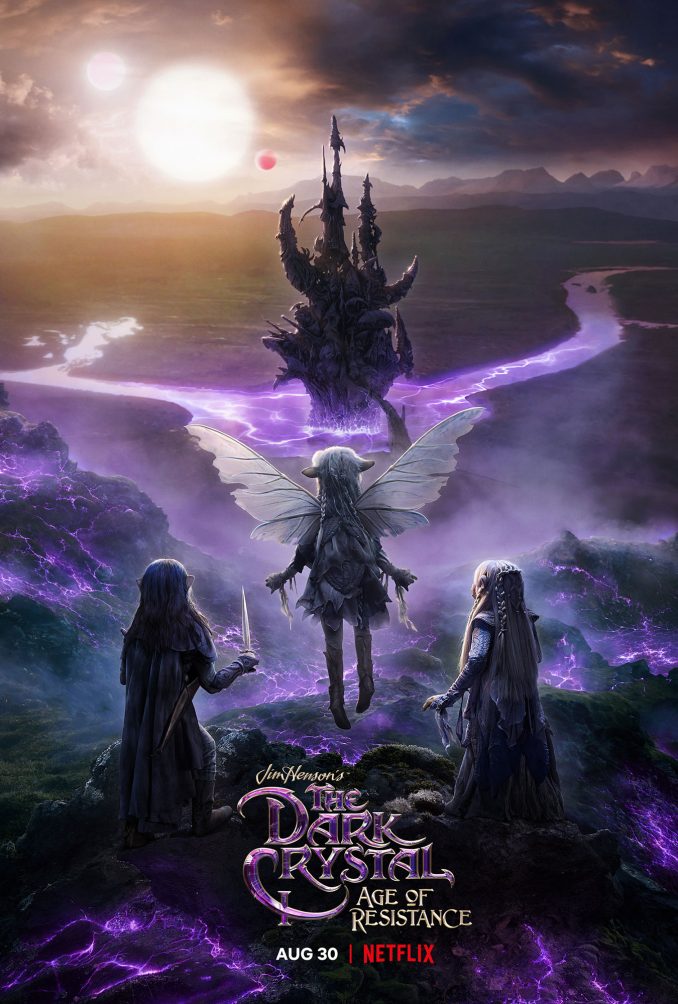 As the creator of The Muppets and Fraggle Rock, Jim Henson earned his place as an American icon. Celebrate this man, along with his best-known creation, with the Funko Pop! Jim Henson with Kermit Vinyl Figure. Kermit the Frog first appeared on May 9, 1955, […]