If the adventures of a daredevil balloon pilot set in 1862 sounds interesting, check out the new The Aeronauts Official Trailer. In this Amazon Original, inspired by a true story, the female pilot teams up with a male scientist on an epic quest of discovery and survival.

In 1862, daredevil balloon pilot Amelia Wren (Felicity Jones) teams up with pioneering meteorologist James Glaisher (Eddie Redmayne) to advance human knowledge of the weather and fly higher than anyone in history. While breaking records and advancing scientific discovery, their voyage to the very edge of existence helps the unlikely pair find their place in the world they have left far below them. But they face physical and emotional challenges in the thin air, as the ascent becomes a fight for survival.

Here is the promo poster for The Aeronauts: 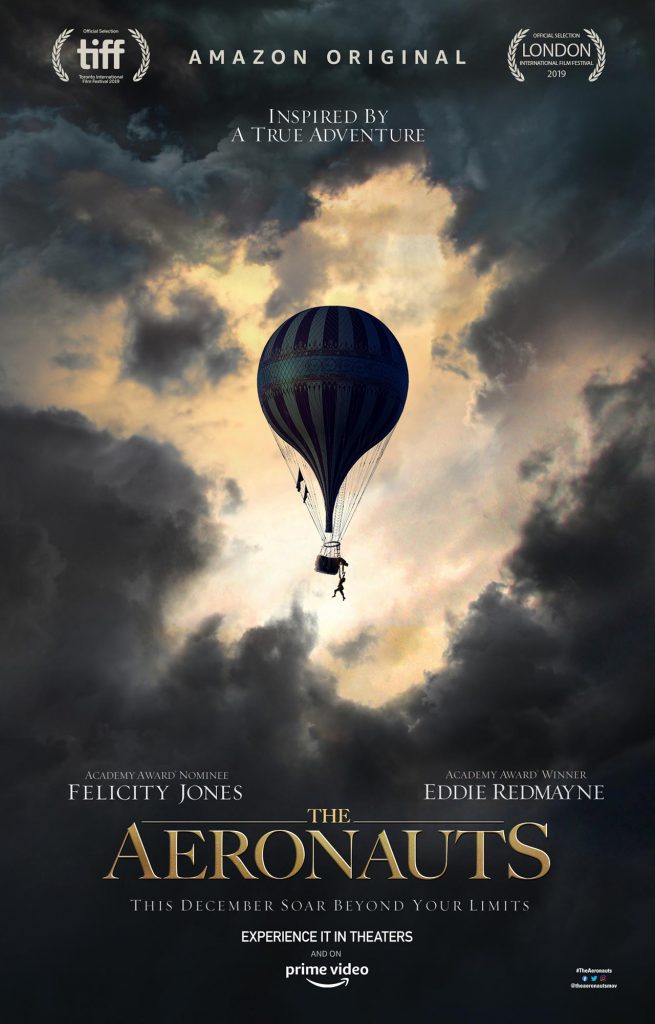 This Halloween, you can dress up and still look sharp, smart, and authoritative with these Star Trek Discovery Command & Science Uniforms. They’re available in both Command (Gold) and Science (Silver) versions with both styles available for both men and women. Choose either depending on […]

What’s better than engaging in water balloon warfare? Owning water balloon weaponry and fighting as teams. Recently, there was the Aqua Force Crossbow and the Lacrosse-style 2-Pk. Water Balloon Launcher, and now we bring you the Kaos Catapult 3-Person Water Balloon Slingshot. There is no “i” […]

Now here’s a lamp that I probably won’t be putting up in my home anytime soon because I’ve got kids: the Balloon Lamp. It’s creativity and quirkiness isn’t that far off from the Huey Color Changing Lamp or the USB Mushroom LED Lamp, but unlike […]