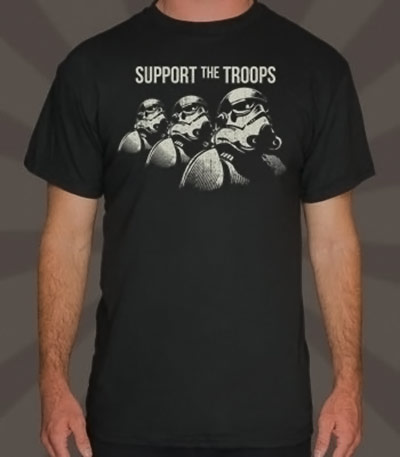 This Support the Troops Stormtrooper T-Shirt reminds us just how much fun it is to think of Star Wars themes as they relate to real life. Although we don’t hear much about supporting the troops the last few years–probably because we don’t see war protests any more–we can still relate to the idea of supporting our soldiers that are in danger as they fight. The twist that makes it humorous is the Empire is the bad guys, which provokes funny images as you imagine the typical citizens of the Galactic Empire supporting their stormtroopers in battle and lamenting over the tragedy that struck the Death Star. 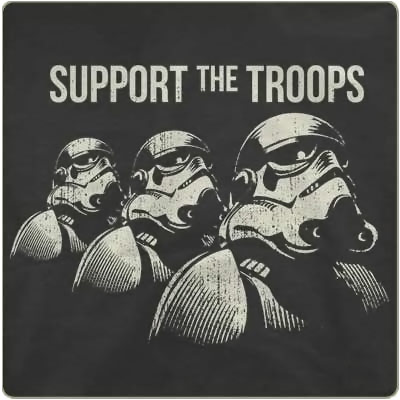