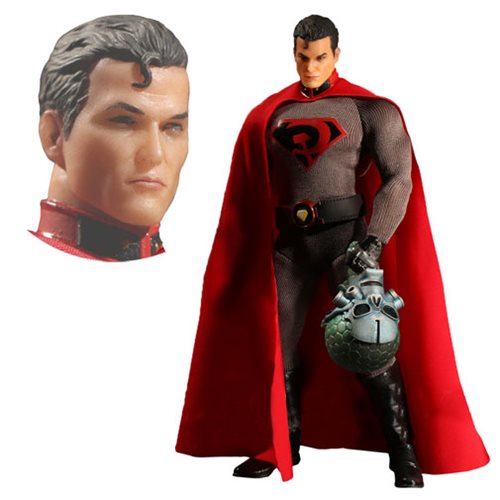 This Superman Red Son One:12 Collective Action Figure is based on DC Comics’ 2003 Superman: Red Son by Mark Millar and Dave Johnson. This is who the Man of Steel might have been had he crash-landed in the U.S.S.R. instead of the USA as a baby.

The alternate reality Red Son Superman stands about 6 1/2-inches tall and features intricate tailored costuming, over 30 points of articulation, Brainiac’s head, multiple pairs of variant hands, a character-specific display base and collector’s tin! Superman fans have been waiting for this one.

The Death Star has been the inspiration for many cool designs, with my favorite being the Death Star Cookie Jar. Now you can get some very cool exclusive new super cards for a Star Wars card game and a cool Death Star inspired case to […]

You won’t have to worry about people looking up in the sky and wondering if they’re seeing a bird or plane when you’re wearing this Superman Son of Krypton Watercolor T-Shirt because all eyes will be on you. The last son of Krypton soars into […]