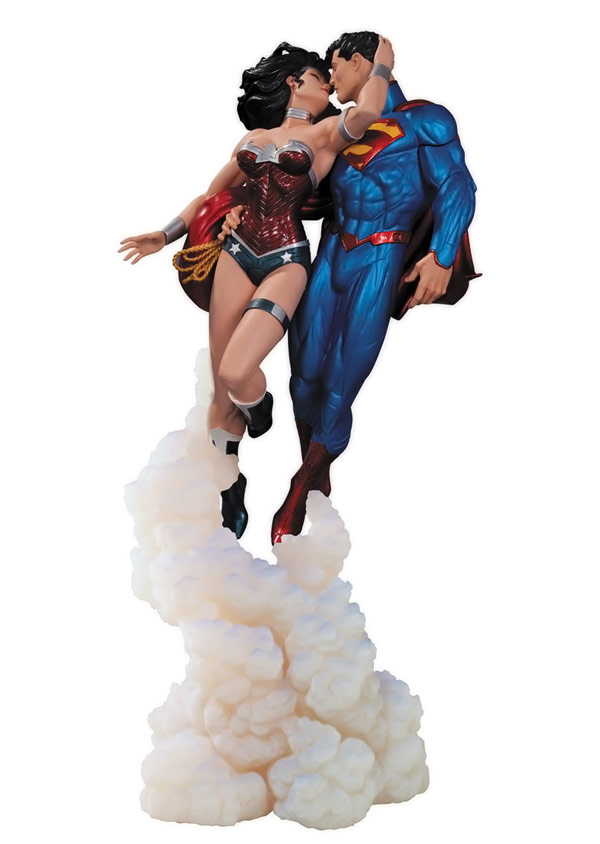 It was the kiss heard around the comic book world when the Man of Steel locked lips with the Amazon Princess in DC Comics New 52, and the Superman and Wonder Woman: The Kiss 12-Inch Statue lets you bring that memorable image home.

The highly-detailed, 12-inch-tall statue of the amorous super-couple is based on the Jim Lee second print cover to Justice League #12, although there are a couple of minor changes, such as the right arms of both Superman and Wonder Woman being in different positions. Also, while the cover shows the super-kiss taking place in space, the statue features fluffy, white clouds as the base. 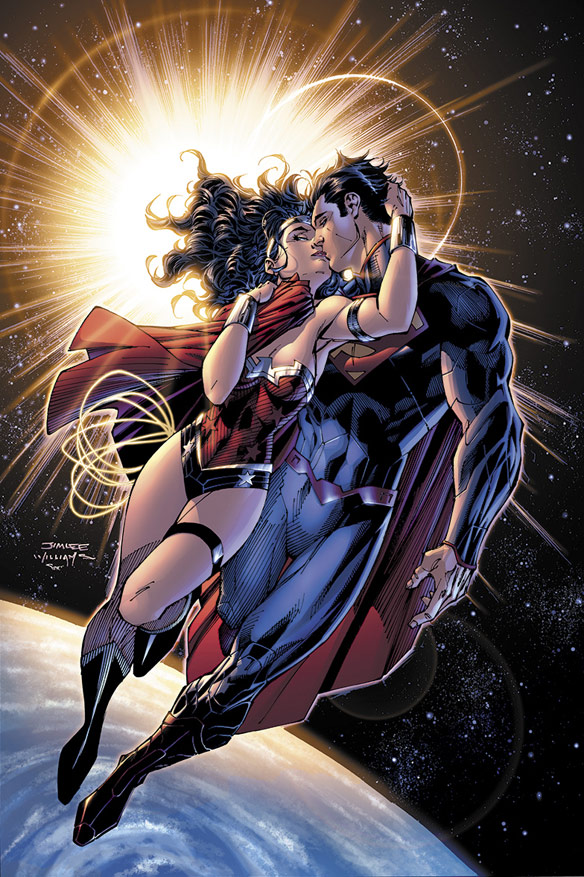 Even with those small differences, the statue captures a defining moment in the reboot of the DC universe; a reboot that some fans are for while others are still raging against it.

The Superman and Wonder Woman The Kiss Jim Lee 12-Inch Statue won’t be available until September 2013 but it can be pre-ordered now for $204.99 at Entertainment Earth.

The DC Comics The Joker Harley Quinn Kiss Top shows us the lip-lock that fans have been waiting for as Harley gets a little busy with Mr. J. What? This isn’t your idea of romance? I don’t know why not. After all, we’ve seen Batman […]

The Amazon warrior is back to rocking the bikini-bottom look these days, but the Wonder Woman New 52 ArtFX Statue captures the princess when she decided to give pants a try. The new look for the iconic character, created by Jim Lee for DC Comics’ […]