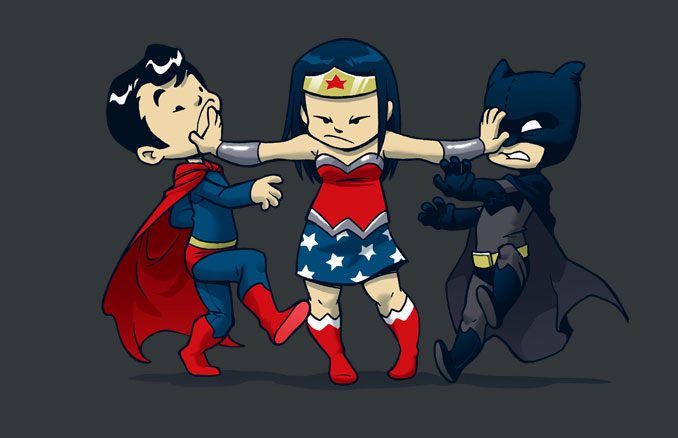 Most people will agree that the best thing about Batman V Superman was Gal Gadot’s intro as Wonder Woman. The entire fight was pointless; and to make things worse, the fight ended because both Batman and Superman’s mother was named Martha? Whatever.

At least we can all look back on that movie and remember how Wonder Woman kicked butt, saved Batman and helped unite DC’s biggest superheroes…Like this Super Childish Batman V Superman T-Shirt shows, it sometimes takes a strong women to put things in order. 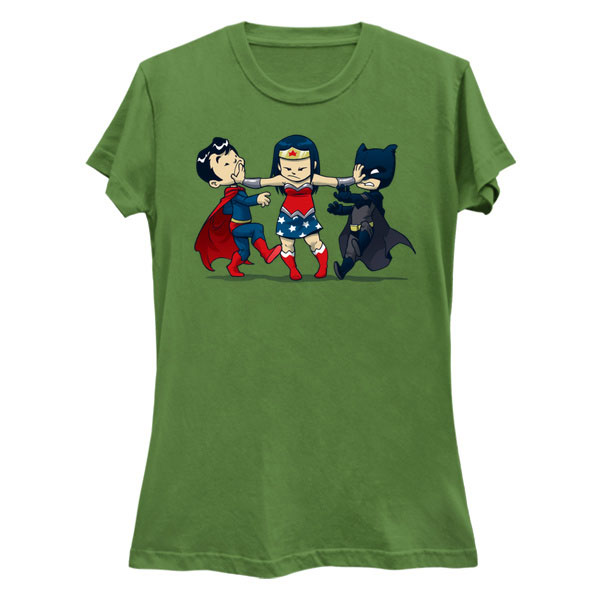 Designed by Dooomcat, I think Wonder Woman’s expression captures the audience’s opinion of the fight between Batman and Superman perfectly. You can order this cool shirt from the NeatoShop.com in a variety of styles and colors for both men and women.

The real reason for the epic battle is revealed with the Batman v Superman Slap T-Shirt. It started innocently enough. Batman said something about tough guy Superman being a wuss when it comes to green rocks. Superman said ‘Yo mamma.’ And that was it. The […]