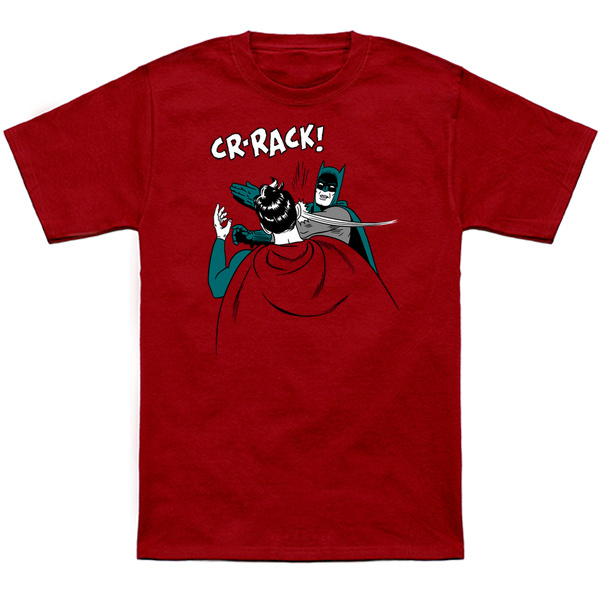 The real reason for the epic battle is revealed with the Batman v Superman Slap T-Shirt.

It started innocently enough. Batman said something about tough guy Superman being a wuss when it comes to green rocks. Superman said ‘Yo mamma.’ And that was it. The fight was on. Maybe Supes didn’t realize it was Bruce Wayne behind that mask, but it was still a low blow. I hope Batman takes the Kryptonian down a notch or two.

Artist Albertocubatas gives a Batman v Superman spin to a popular meme that usually has the Dark Knight slapping the snot out of the Boy Wonder. 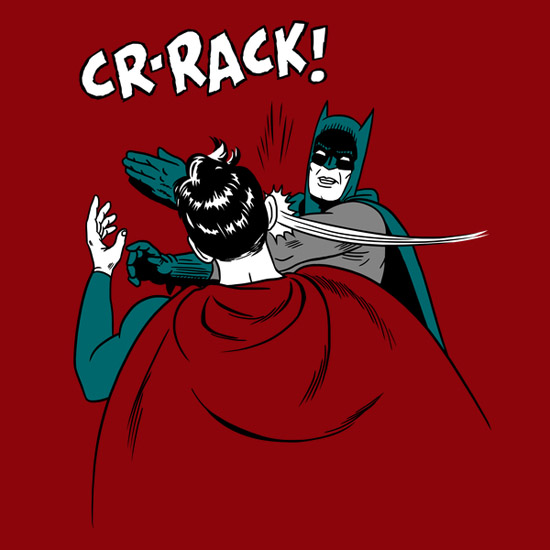 The Batman v Superman Slap T-Shirt is available for $19.95 at NeatoShop.

So… you like to slap butts, but it’s not like you can walk around and give in to that urge whenever you feel like it, unless of course you don’t mind spending a little time behind bars. The Slap It Light lets you enjoy your […]

The Dark Knight might have bitten off more than he can chew on the Batman v Superman Choke T-Shirt because the Man of Steel does not look happy. So what do you do when an angry Kryptonian has his super-strong hand around your throat? Well, […]

Do you bleed? The big guy has to say yes after taking a close look at the Batman vs Superman T-Shirt. The Dark Knight and the Man of Steel are getting ready to go toe-to-toe in Batman v Superman but these two heroes already clashed […]