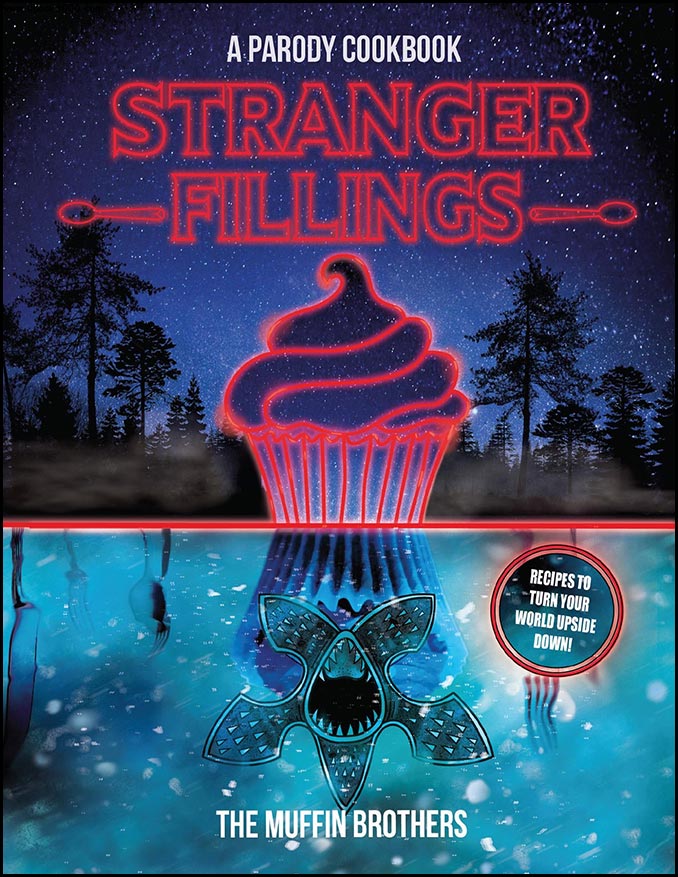 If a Demogorgon-zola Tartlet sounds delicious, you need the Stranger Fillings: A Parody Cookbook. This hilarious parody cookbook, based on the hit Netflix series, Stranger Things, combines delectable recipes with funny puns and great pictures. Although the names and instructions are filled with jokes and witticism related to Stranger Things, the recipes are real, edible treats. They must be pretty good too; although there are only 13 reviews in thus far, they are very positive with this cookbook scoring an impressive 4.9 out of 5 stars.

The hilarious duo behind successful spoof cookbooks such as Baking Bad, Game of Scones, and The Walking Bread is back with Stranger Fillings, a parody cookbook based on THE hit show of 2016, Netflix’s Stranger Things. Featuring recipes such as Demogorgon-zola Tartlets, Friends Don’t Li(m)e Pie, Baked Brenners, and Barb’s Mystery Dip, there will be no shortage of great puns and delicious, edible baked treats.

If The Walking Dead has taught us anything, it’s that surviving the zombie apocalypse will be a lot of hard work, and hard work can create a serious appetite. If you’re prepared for the zombie outbreak, you can use The Snacking Dead Cookbook to cook-up […]

Just a Bunch of Recipes Cookbook by Sam the Cooking Guy

Sam Zien, aka Sam the Cooking Guy, is a testament to what happens when geeks follow their dreams. He ditched his biotech career to host his humble cooking show from his own kitchen on local San Diego TV and teach cooking classes around the city. The best part of his shows or videos has […]