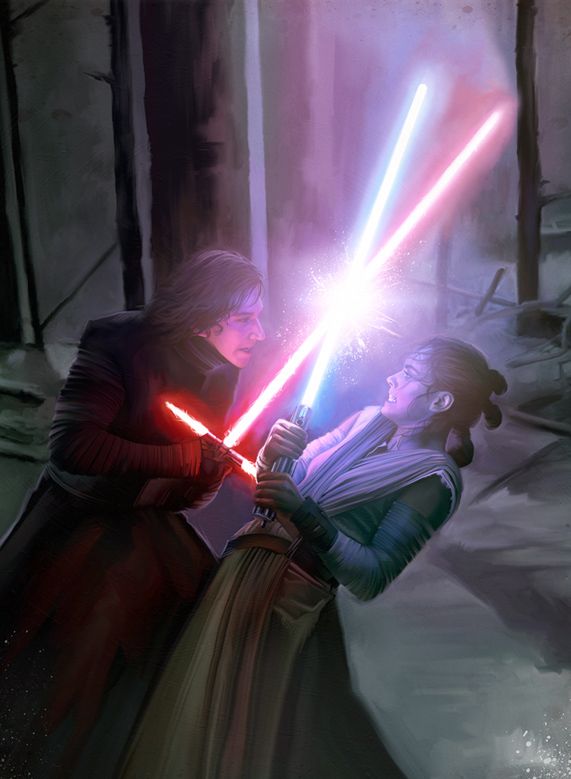 Light versus Dark with the Star Wars: The Force Awakens ‘Where There Is Darkness, There Is Light’ Canvas Giclee Art Print.

He’s not a Sith and she’s not (yet) a Jedi but we all knew Kylo Ren and Rey would cross lightsaber blades before the end of The Force Awakens, and now that climactic battle is captured on this 20″ x 30″ canvas print, created by artist Brian Rood, who has apparently made it his mission to fill the world with awesome Star Wars art.

The print is limited to just 95 pieces. Each print is hand-numbered, signed, and comes with a certificate of authenticity.

The Star Wars: The Force Awakens ‘Where There Is Darkness, There Is Light’ Canvas Giclee Art Print will be available May 2016 but it can be pre-ordered now for $449.99 at Entertainment Earth.

Iconic characters from the Star Wars universe who have been lured to the Dark Side unleash their evil on the Star Wars Force of Darkness Art Print. Artist Ian MacDonald harnessed the powers of Darkness with an 18″ x 24″ print that features some of […]

The Signed and Numbered Limited Edition Captain America Giclee Print proves that it takes a lot more than a little rain to stop Steve Rogers from handing out a little shield-slinging justice. Measuring 18″ x 24″ and featuring the artwork of John Romita Jr., this […]

Star Wars One with the Light Canvas Giclee Print

Master Yoda gets intense in the Star Wars One with the Light Canvas Giclee Print, proving you don’t want to judge the little guy by his size. This 30-inch by 20-inch Giclee print, created by artist Raymond Swanland, captures the diminutive Jedi Master standing in […]