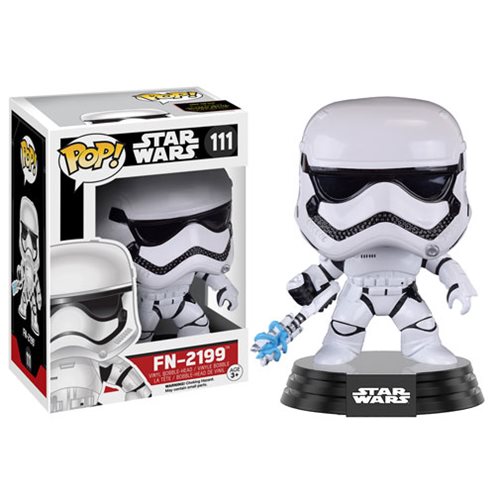 The Star Wars: The Force Awakens FN-2199 Trooper Pop! Vinyl Figure is ready to lay down the law and impose the will of the First Order on anyone (including stormtroopers) who thinks about joining the Resistance.

There are plenty of stormtroopers in the Star Wars universe but FN-2199 stands out because he’s the guy who called Finn a traitor right before unleashing his Z6 baton on the former stormtrooper. Fortunately, Finn was capable enough with a lightsaber to keep from getting zapped too bad.

The Star Wars: The Force Awakens FN-2199 Trooper Pop! Vinyl Figure will be available July 2016 but it can be pre-ordered now for $11.99 at Sideshow Collectibles.