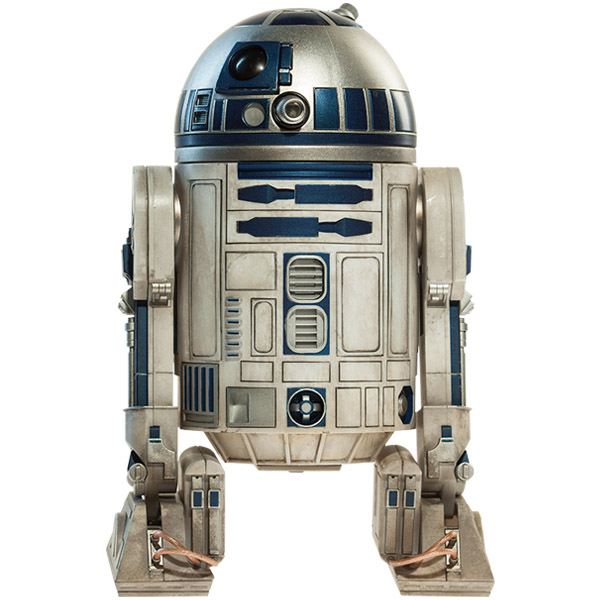 Forget things like a blaster or the Force. The Star Wars R2-D2 Deluxe Sixth Scale Figure reveals that a R2 series astromech droid is really the only accessory you need if you ever find yourself in a galaxy far, far away.

The sixth-scale figure features tons of details that bring C-3PO’s feisty little companion to life, with goodies like various extension arms, blinking lights, a lightsaber that doubles as a magnetic tool to open access panels, and even a little holographic Princess Leia.

The Star Wars R2-D2 Deluxe Sixth Scale Figure will be available December 2014 but it can be pre-ordered now for $149.99 at Sideshow Collectibles.

The rage! The facial expressions!! The rolling eyes!!! And that HAIR!!!! There’s a lot to like with the Hulk Deluxe Sixth-Scale Figure Collectible Set. Okay, first things first because I have to get it out my system. That hair! I don’t know if it’s the […]