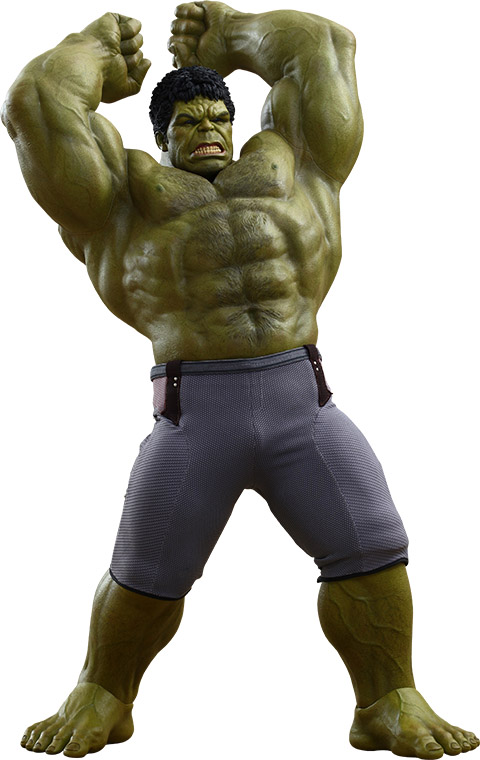 The rage! The facial expressions!! The rolling eyes!!! And that HAIR!!!! There’s a lot to like with the Hulk Deluxe Sixth-Scale Figure Collectible Set.

Okay, first things first because I have to get it out my system. That hair! I don’t know if it’s the color or the style or what, but it’s the very first thing that catches my eye… and not in a good way. However, aside from that, this 16.53-inch figure is awesome. In addition to interchangeable heads, the Hulk also comes with an interchangeable upper body… and some truly stylin’ pants.

The Hulk Deluxe Sixth-Scale Figure Collectible Set will be available Nov 2015 – Jan 2016 but it can be pre-ordered now for $374.99 at Sideshow Collectibles.