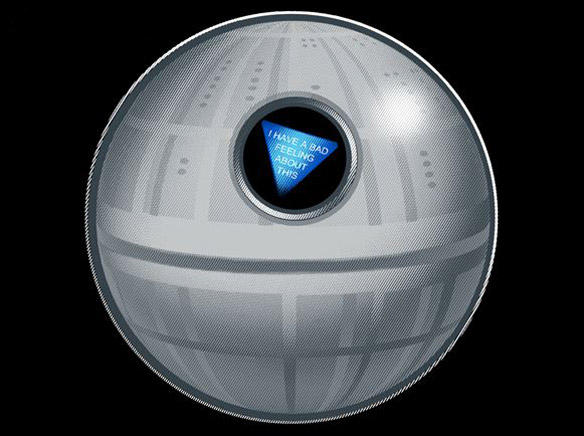 That’s no moon. It’s a Star Wars Magic Death Ball T-Shirt, and there’s a very good reason to have a bad feeling about it because the might of the Magic 8 Ball has been corrupted by the power of the Dark Side.

Come on. With responses like “Reply hazy try again,” “Better not tell you now,” and “Cannot predict now,” you had to know the Magic 8 Ball was more Sith than Jedi. Now the disguise is stripped away so we can see the 8 Ball and the Death Star are one and the same. Obviously Darth Vader didn’t have this source of power in his possession in the early days or he would’ve known he had a son and daughter being hidden from him… or maybe he asked and got one of those ‘try again’ responses. 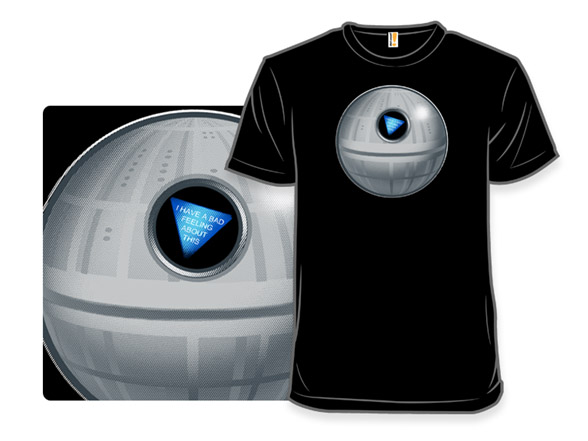 The Star Wars Magic Death Ball T-Shirt is available for $15 at shirt.woot.com.

If your future is uncertain and you don’t know where else to go or whom to turn to, then the Glee Magic 8 Ball is the one for you. Just like any other magic 8 ball out there, you won’t be getting any definite or […]

Got a gift for gab? Pride yourself in never running out of sarcastic rebuttals and wisecracks? Then maybe you might have met your match in the form of this small purple ball called the Sarcastic Ball.

Sometimes, you don’t need someone or something to tell you the answers. After all, the right ones usually come after a long time of reflection. So don’t go shaking your Glee Magic 8 Ball or Geek Ball yet. Don’t even touch that Predict-a-Pen without consulting […]