Do you remember what happened to Alderaan when it came face to face with the power of the Death Star? Well now you too can control the power of a superlaser with this with the Star Wars Death Star Electronic Attack Shirt. Take aim and take out any rebel forces or coworkers that may be impeding on your daily progress. As Darth Vader once said, “You don’t know the power of the dark side.”

The Death Star Attack Shirt is a ThinkGeek exclusive that has many cool features including a working LED lights and sound effects. This officially licensed Lucasfilm collectable sold out in only a matter of days, but they are set to get another shipment in right around Christmas time so keep an eye on this post for any updates. 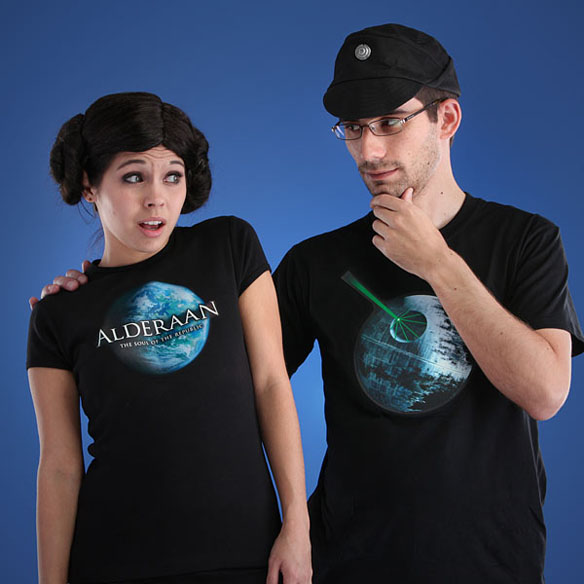 Hopefully you will be able to get your hands on the Star Wars Death Star Electronic Attack Shirt from ThinkGeek by December 21st for $29.99.