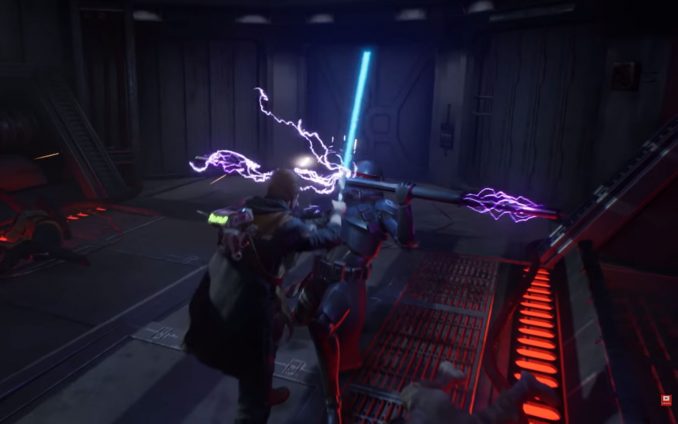 Very recently we saw the Gameplay Demo and now comes the Star Wars Jedi: Fallen Order Official Trailer. They say that the game let’s you become a Jedi and it looks very promising. As this trailer shows, there is action packed lightsaber combat, Force powers, a cool droid sidekick, and the ability to take over and pilot a walker. Let’s just hope that last one isn’t only in cutscenes.

Star Wars Jedi: Fallen Order will be released on November 15, 2019, for the PlayStation 4, Xbox One, and PC. Even though it is EA, they promise that his game will have no microtransactions.

The Jedi have fallen. Now you will rise. In STAR WARS Jedi: Fallen Order™, hone your Force powers, master lightsaber combat, and learn to fight like a Jedi.

Some are calling this a trailer, but at over 13 minutes long the Star Wars Jedi: Fallen Order Gameplay Demo is more of a walkthrough with lots of unedited gameplay footage. (The Reveal Trailer came out in April.) Between incredible battles using your lightsaber, you’ll […]