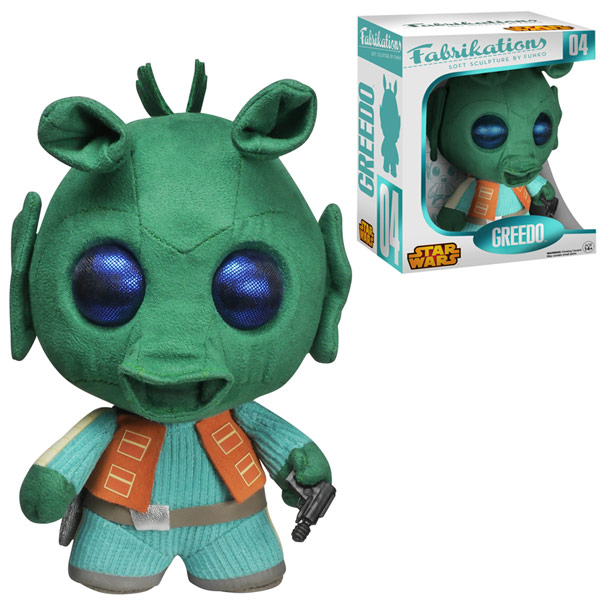 This figural plush can stand up and not just to Han Solo, but in your collection too. He stands over 6-inches tall and has a rotating head and character-specific accessory. Don’t mention the whole “who shot first” thing. He’s understandably touchy about it.

Get him for only $19.99 from Entertainment Earth and Amazon.com. Isn’t he adorable?

Despite the fact that Han shot first and was the only one to shot, Greedo is still awesome. It’s not his fault that the movie changed. This Star Wars Greedo Pop! Vinyl Bobble Head lets you put the green bounty hunter on your desk. The […]

Han Solo is a favorite of many Star Wars fans and the Angry Birds Star Wars Han Solo 5″ Plush is a funny way to enjoy him. Throw him around and see if you can anger your friends and siblings much like Han angered Jabba […]