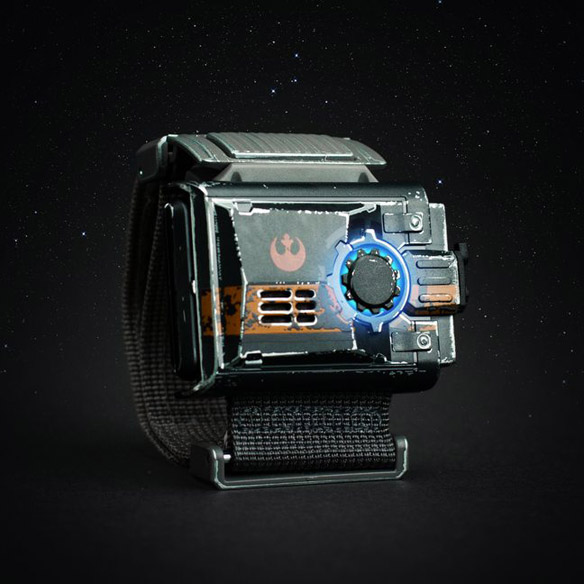 Become a Jedi and feel the Force with the Star Wars Force Band.

Remember in A New Hope when Ben Kenobi talked about how the Force is an energy field that binds the galaxy together? Well, that’s true but it does so much more with a little hi-tech help.

With a weathered look that blends in with the gear used by the Rebels, the band opens up a whole galaxy of coolness. You can use it to control your Sphero BB-8, but you can also use it to feel the Force and find virtual objects in the real world that can be added to your collection. It’s sort of like Pokemon Go, only way cooler because it’s Star Wars.

The band even has a combat mode that lets you shoot a virtual blaster or wield a virtual lightsaber.

You don’t get mad skills without working for it. One thing about playing ball with a group of people is because it makes the whole thing less of a drill and more like a game. I think that’s one huge reason why some people find […]

If you’re going for this radio-controlled beverage cooler, you might want to consider ordering a Scale with Wireless LCD Display as well – there’s a big chance you’re going to need it in a not too distant future. This amusing remote-controlled cooler can roll across […]

Shiny Mega Metagross-EX and Shiny Metagross-EX are ready to rock in this Pokemon Mega Metagross EX Premium Collection. These Pokémon cards will add some firepower to your deck. This set includes some other awesome extras like a playmat and a coin. There is also a […]

If you are like most of us, you probably lounge around on your sofa or bed with your laptop on your lap. As you know, that can be bad for your laptop and your lap. In an effort to improve laptop cooling, NZXT developed and […]