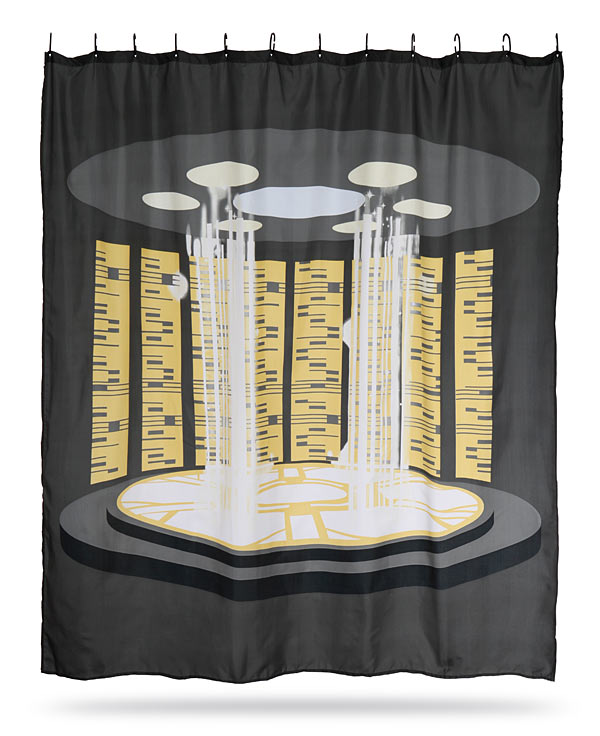 Whether you beam up or beam down, you are going to get clean. This Star Trek TNG Transporter Shower Curtain turns your shower into a transporter room.

This officially-licensed piece of Star Trek merchandise is based on the transporter room from The Next Generation. Except that Miles O’Brian won’t stand at his post in your bathroom.

Your bathroom will get a cool geek makeover when you hang this Star Trek: TNG Enterprise Blueprint Shower Curtain. It features a schematic diagram of the Enterprise D. You can study everything from the impulse engines, the dorsal phaser array, to the deflectors while you […]