There’s another brand new Star Trek series coming to CBS All Access, and they just released the Star Trek: Picard – Teaser Trailer to promote it. This trailer doesn’t show a lot, as they’re keeping the plot under wraps for now, but it is safe to assume the series isn’t going to be about Jean-Luc Picard making wine in solitude.

Star Trek: Picard naturally stars Patrick Stewart as Jean-Luc Picard. The cast also includes Santiago Cabrera, Isa Briones, Harry Treadaway, and Alison Pill. An exact release date hasn’t been set, but it is coming later this year to CBS All Access, the subscription service that provides access to thousands of episodes of CBS TV shows as well as original series like Star Trek: Discovery and the new Twilight Zone.

The end is only the beginning. 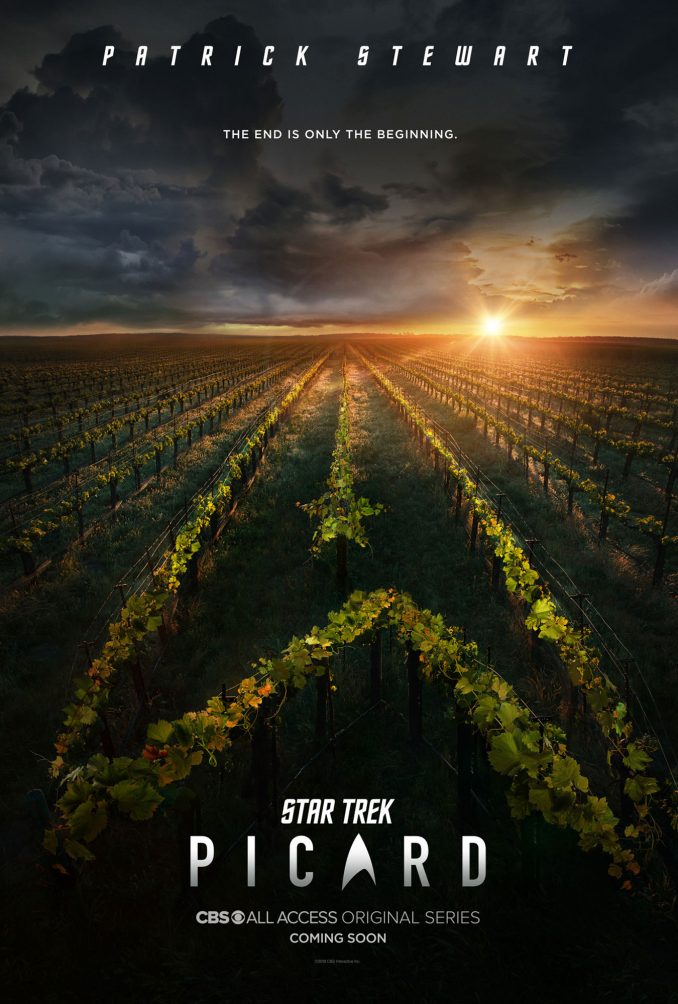 This Star Trek: The Next Generation Captain Jean-Luc Picard 1:6 Scale Action Figure is the best Picard action figure to date. This figure re-creates the character in amazing 1:6 detail. It has 30 points of articulation and stands about 12-inches tall, and every detail has […]

We’ve all seen the Jean-Luc Picard facepalm meme a thousand times, but now you can memorialize it in 3D with this Captain Picard Facepalm Bust. There are situations that are so dumb and actions that are so illogical that words can’t express your shock and […]

Look just as dashing and daring as Captain Jean-Luc Picard when you wear this jacket. Star Trek The Next Generation: Picard’s Jacket looks awesome and is authentically detailed. In fact it is the most accurate Picard Jacket replica available. It was patterned and color-matched directly […]

Scary Stories to Tell in the Dark Teaser Trailer

Scary Stories to Tell in the Dark is a horror movie coming this summer from Guillermo del Toro (Pan’s Labyrinth, Hellboy, Pacific Rim) and André Øvredal (Trollhunter) that is based on the iconic book series from the 80s and 90s. CBS just dropped the Scary […]

This Halloween, you can dress up and still look sharp, smart, and authoritative with these Star Trek Discovery Command & Science Uniforms. They’re available in both Command (Gold) and Science (Silver) versions with both styles available for both men and women. Choose either depending on […]