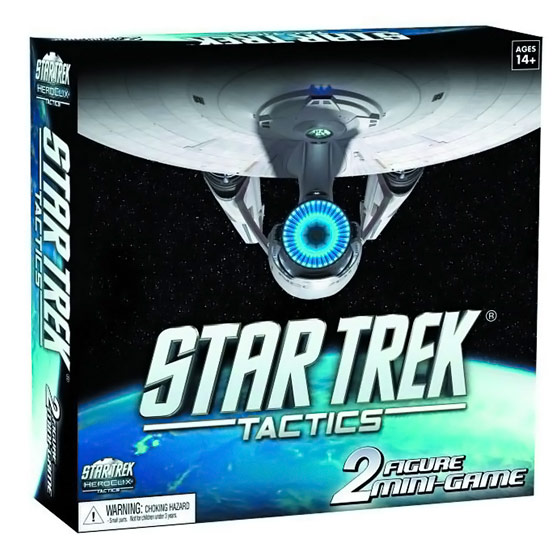 Fans of the Star Trek franchise will want to check out this Star Trek Movie 2 Figure Mini Game. The goal is to stop the Klingon assault and save the U.S.S. Enterprise.

This game is for 2 players, with one player playing as Captain Kirk and Mr. Spock, while the other plays as the Klingons. But that isn’t the only way to play. The two players can also play cooperatively to repel the Klingon assault on the U.S.S. Enterprise together.

You get 2 collectible miniature game pieces of Captain James T. Kirk and Mr. Spock, 2 Character Cards, Game Tokens, a Powers and Abilities Card, Rulebook, a full-color game board, and 2 dice. This game makes a great gift for just $12.99 from Entertainment Earth. Also coming to Amazon.com.