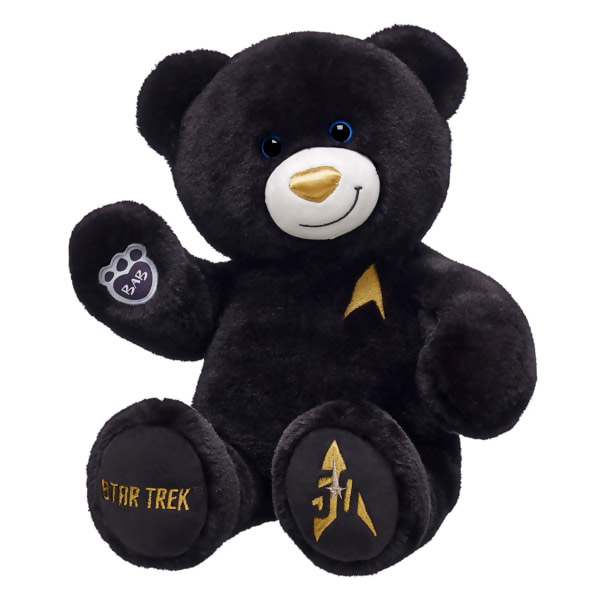 The Star Trek 50th Anniversary Bear is ready to boldly go where no bear has gone before.

Some might think being on a starship, even the Enterprise, for a five-year mission is unbearable but this little guy is ready to sink his teeth into the mission and give it all he’s got, and the fur will fly if anyone tries to violate the Prime Directive on his watch.

Standing 16-inches tall, this sleek black bear features a gold Star Trek insignia on its chest, a Star Trek logo on one paw, and a Star Trek 50th Anniversary logo on another paw. Let him face the harsh elements of the universe while bare or fancy him up with accessories like a Starfleet uniform and a phaser.

The Star Trek 50th Anniversary Bear is available for $25 at buildabear.com.

If you’re someone who’s into cats, furry stuff, generally adorable computer accessories, or anything with a paw print, then I’m pretty sure you’re going to love the Neko Cat Paw Mouse. This mouse has all of the things mentioned above and it’s a fully functional […]

This Star Trek 50th Anniversary 3000pc Puzzle celebrates ST:TOS for the 50th anniversary. It is a challenging puzzle with an awesome image. This puzzle includes at least one character, entity, starship, or structure from every episode. Can you spot them all? This 3000 piece puzzle […]