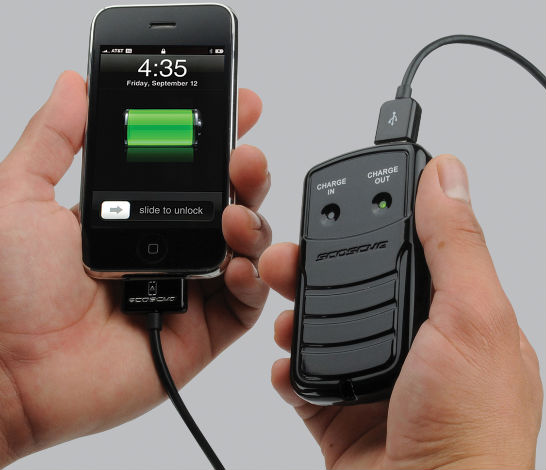 Scosche Industries, an award-winning innovator of iPhone and iPod accessories, has announced its solBAT II – a solar-powered charger and battery backup.

The solBAT II works with almost any handheld device that can be charged via a USB cable and feature’s a simple two light indicator that lets users know when the solBAT II it is charging from the sun or a USB cable (red), and when it is passing that stored energy to a handheld (green) like a Blackberry, iPhone, iPod, or PSP.

The solBAT II’s lithium ion battery has a capacity of 1500mA and an output of 5V, allowing it to charge USB powered devices at the same rate as a wall charger. The solBAT II features a windshield mount and a universal carabineer mount making it easy to soak up the sun’s clean energy. When fully powered a solBAT II will charge a typical cellular up to two times, making it a great battery backup to keep in the car or a bag in case of emergency when traveling. 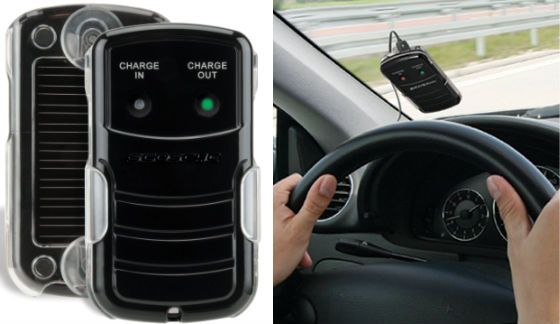 The solBAT II charger and battery backup is yours for $29.99 from Scosche.com.

Today Scosche announced the availability of the goBAT II, their new portable charger and backup battery. It can charge two devices at once, such as a tablet computer and a cell phone. If you love your Apple iPad, but are constantly running out of power, […]

If you’re in need of a powerful home charger for your electronic devices, you’re in luck. Scosche Industries just announced the release of Four New USB-Port Home Chargers at CTIA 2012. The new chargers work with the free Scosche reVIVE battery management app for both […]

How many times have you found yourself in a situation with a low battery only to realize you don’t have the correct charger? Sadly for me, it happens way too often. With half my devices being mini USB, and the other half micros USB, I […]