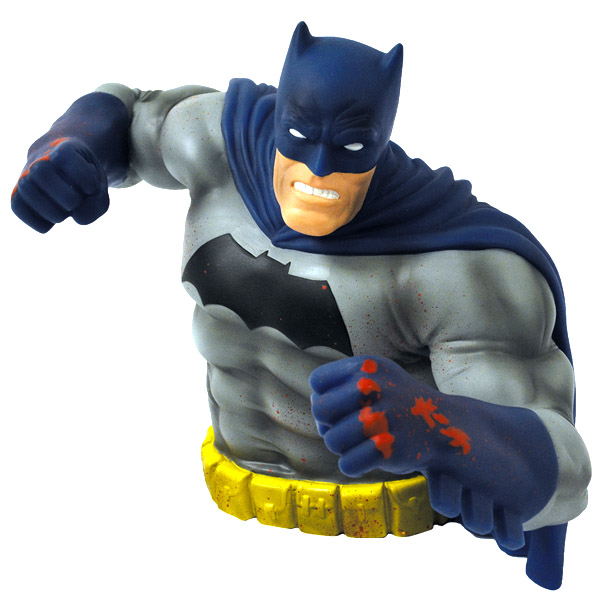 The Caped Crusader gets dark and grim with the SDCC 2016 Exclusive The Dark Knight Returns Batman Bloody Version Bust Bank.

Based on Frank Miller’s grimdark vigilante in The Dark Knight Returns, this vinyl bank stands roughly 6-inches tall and approximately 9-inches wide, and those bloody knuckles will make anybody think twice about dipping into your hard-earned money.

If you like the style but prefer something a little less bloody, you’ll probably be interested in The Dark Knight Returns Batman Black Version Bust Bank.

The SDCC 2016 Exclusive The Dark Knight Returns Batman Bloody Version Bust Bank will be available September 2016 but it can be pre-ordered now for $19.99 at Entertainment Earth. NOTE: This item will first be sold at San Diego Comic-Con 2016. If supplies remain after the show, your order will be filled. Limited to 2000 pieces.